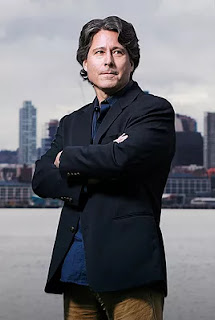 Robert Dugoni is the author of the new novel The World Played Chess. His many other books include The Extraordinary Life of Sam Hell.

Q: You've said of The World Played Chess, "Much of the story is true." What did you see as the right balance between your own experiences in 1979 and those of your character Vincent?

A: The goal is to tell a story that has a purpose, that doesn’t bore the reader, that has high points of tension and conflict.

Our lives have those moments, but not usually in such a condensed period of time. We each have life experiences and wonder what would have happened if? In fiction we can take those moments and explore the alternatives.

Q: You’ve noted that a friend of yours told you of the adage "The world played chess, while I played checkers." What appealed to you about that phrase, and how did it become the book's title?

A: Because I was the young man playing checkers. I grew up in a bubble. It was a wonderful bubble, filled with many brothers and sisters and incredible memories. But it wasn’t the real world. I was so naïve. When I started hearing stories about Vietnam and about the life others had led, I realized I wasn’t even playing the same game. 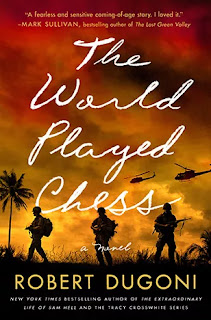 A: I did a ton of research and noted it in the back of the novel. I wanted to create an authentic Vietnam experience for my character William. I read a dozen first-hand accounts, watched movies, documentaries, read treatises, spoke to veterans and recalled the stories I had been told that summer.

What surprised me was the lack of empathy for Vietnam veterans and the horrific experiences they had endured.

Q: How would you describe the dynamic between Vincent and William?

A: I have the third book in the Charles Jenkins series, The Silent Sisters, coming out in February 2022, the ninth book in the Tracy Crosswhite series, What She Found, coming in November 2021, and an Amazon short story on Del Castigliano and Vic Fazzio when they were homicide rookies, The Last Line, coming in October.

A: I have another standalone coming in 2022 and I’m very excited about it. It’s a bit of a cross between Presumed Innocent and The Talented Mr. Ripley.