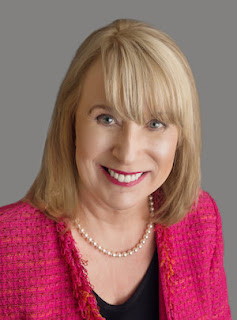 JoAnn Ross is the author of the new novel The Inheritance. Her many other novels include the Honeymoon Harbor series. She lives in the Pacific Northwest.

Q: What inspired you to write The Inheritance, and how did you create your cast of characters?

A: The inspiration goes back a very long time. Like Tess, I never knew my father, who deserted my mother when I was a toddler.

Over the years I’d hear stories about how they drove across the country from Brooklyn when they were very young newlyweds to study at the famed Pasadena Playhouse.

I’d never thought about it until answering this question but perhaps them being such big dreamers is what gave 7-year-old-me, growing up in a small Oregon ranching and timber town, the audacity to decide to become a writer.

A few years ago, I had an impulse to Google my father’s name and found his obituary mentioning a daughter from his second marriage.

Having that, I contacted her on Facebook and because I’d always known about her, I’d assumed she knew about me. Oops, apparently, she didn’t.  When she asked her mother why she hadn’t been told her father had a previous family, the response was “It never came up.”

That stirred an idea about three half-sisters, who each had an entirely different relationship with their father.

Tess, the oldest, who had no memory of him, knew about the middle sister, who didn’t know about the other two. The youngest sister knew about all three, and when she learns they inherited a famous winery, she’s initially concerned that the other two will dislike her because she was the closest to their father. 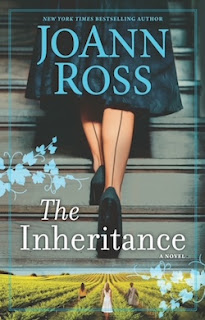 Q: What do you think the book says about family history?

A: I was a big fan of that program Who Do You Think You Are, and more recently, Finding Your Roots, and have learned that every family has secrets that can remain hidden for decades, sometimes even centuries. But they’re a valuable part of our own story.

In The Inheritance, once the three sisters put aside their rivalries and differences, they realize that the winery wasn’t the legacy their father left behind. Instead, their true legacy is the bond of family and discovering that they come from a line of strong, brave, adventurous individuals.

A: Since I always begin with characters and trust that they’ll help me find my way through a story that I believe will fit them, I’d originally intended to tell Madeline and Robert’s story in a journal the sisters find. But midway through the book, she became so alive, I don’t think she would have let me get away with not allowing her to tell her story her way.

She did do one thing during WWII that actually surprised me when I found myself writing that scene.

The other surprise was how Charlotte reclaimed the girl with big plans and dreams she’d once been, and became the strong, independent woman that her father had always encouraged her to be.

One thing that was clear to me from the beginning was that the story would not be about three sisters, but three daughters.

I originally started with Jackson Swann having already died. But because each woman’s character was, in large part, formed by her relationship (or in Tess’s case, non-relationship), with their father, I wanted readers to have more of a sense of the complex, admittedly flawed man who’d been living in my head from the beginning. Even before I wrote the first word.

A: That blood ties are not what bonds a family, but heart. While you can’t choose the family you’re born into, you can create a family from those you choose. Those who also love and choose you. Then, together, you can decide what path in life you’ll take from there.

A: Having just finished the fourth book in my contemporary Honeymoon Harbor series set on Washington State’s magnificent Olympic Peninsula, I’m beginning to weave partially formed characters, who’ve been waiting in the mists of my mind, with scattered, colorful threads of a story into another Women’s Fiction novel that readers will hopefully enjoy and perhaps find a bit of themselves in.

A: I’d like to take this opportunity to thank all the bloggers and reviewers who help readers learn about new books in an increasingly crowded marketplace. Especially those who’ve taken valuable time to read The  Inheritance.

Also, thanks to the booksellers and librarians who get my books into the hands of readers, and as always, to those readers who’ve allowed me to live my childhood dream for the past 38 years.