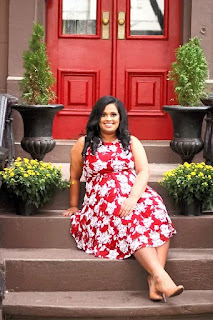 Annika Sharma is the author of the new novel Love, Chai, and Other Four-Letter Words. She is the co-host of The Woke Desi podcast, and she lives in New York City.

Q: What inspired you to write Love, Chai, and Other Four-Letter Words, and how did you create your characters Kiran and Nash?

A: I was so thankful in 2017 when Cat Clyne, then an editor at Sourcebooks, sought out a series based on South Asians after reading another work I'd written.

The goal of the series was to tell stories about the South Asian diaspora that showed us as we exist - with dual identities that are both complimentary and conflicting.

This series is only a small take on South Asians in the U.S. But the bits and pieces shown are some of the struggles, wins, values, experiences, successes, and heartbreaks of immigrants/first-generation children and I'm so privileged to see my own stories reflected in these books.

Kiran and Nash are a culmination of those experiences. Nash has a life very different than mine, but as I was brainstorming his character, a friend of mine told me to use her life experience to contrast Kiran's, which, obviously as a South Asian, I was more familiar with. 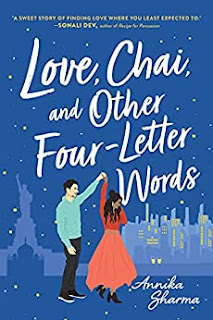 But I wanted to show that love and humanity across cultures are the same, regardless of the different takes we have at the end of the day.

A: I wrote this book three times! It never quite stuck the landing the way we wanted it to until the final go. I knew they'd end up together but how they got there took some work and development.

My editor, Christa, was phenomenal at pointing out places of character growth or subtle areas of conflict that we could touch upon.

A: A few things - firstly, I hope people realize that other cultures also have the same core values of love, humanity, fear, and relationships.

There is often a strange disconnect in the West that portrays people from other countries as wholly different, but we are human too. It shouldn't have to be said but our relationships, jobs, and lives are exactly the same, with a different set of challenges.

I hope BIPOC readers see themselves and first-generation struggles and victories in this story and feel at home. I hope others get some insights into the beauty and knowledge into other cultures. And I hope readers, as a whole, see that love powers everything we all do.

Q: This is the first in a series--what's next for your characters?

A: My girl, fashion designer and all-around queen, Payal is next in this series and she has an unexpected engagement coming up!

Her story is both more and less embedded in culture - it shows the collectivistic nature of being South Asian but Payal is a woman with a mind of her own and she won't let that excuse go without getting something out of it.

A: I can't wait for you to meet Kiran and Nash! If you want to follow me on Instagram, where I'm most active, you can find me at @annikasharma and www.annikasharma.com. Can't wait to connect!