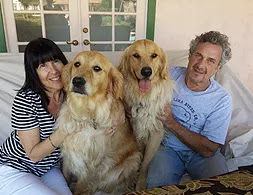 Debbie Rosen and Howie Rosen are the authors of the children's picture book The Amazing Adventures of Beebee the Bison. It focuses on the bison that live on Catalina Island in California.

Q: What inspired you to write The Amazing Adventures of Beebee the Bison?

A: Catalina Island is a visually stunning and unique destination. The fact that bison inhabit the island is often surprising to people. We wanted to tell the story of the bison in a way that young children can relate to and at the same time illustrate the beauty of the island.

If visitors have the opportunity to take a day trip to the interior of the island to see the bison, they will feel as if time has stood still. 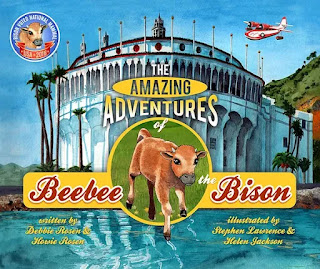 A: During our research, we discovered conflicting opinions as to what silent movie the bison were actually brought to the island for. We learned that novelist Zane Grey was a resident of Catalina Island and wrote The Vanishing American and The Thundering Herd that were made into silent films.

We had read that there are cave paintings on the island, and we reached out to the archaeology department at UCLA to confirm the existence of the cave paintings. They were able to provide images and information about the discovery.

Q: What do you think Stephen Lawrence and Helen Jackson's illustrations add to the story?

A: Stephen Lawrence and Helen Jackson used the dolphin images to create the cave painting illustration for the story. Their bold and colorful illustrations truly brought the story to life. Children love to look at and talk about the thought-provoking detail in the drawings.

A: We hope children take away the desire to visit Catalina Island and see the bison.

We also hope that they understand that relationships and love can endure even when separated by distance.

We hope that the book introduces the concept of forced migration in a context that children can begin to understand. We hope it helps them develop compassion and acceptance for those affected by forced
migration.

We hope that they learn about resiliency and the ability to adapt when faced with adverse circumstances. Recent fires, floods, hurricanes, wars, etc., have forced people to leave their homes/countries. These images flash across TV screens every day.

We hope that older children and adults glean interesting information about the history of Catalina Island that we provided in the last two pages of the book.

A: Right now we are working on writing two new adventure books for the Beebee series.

A: We are interested in partnering to develop an animated series or film based on Beebee's adventures.