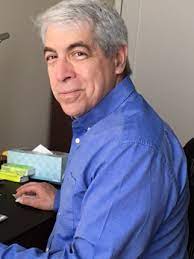 Mel Laytner is the author of the new book What They Didn't Burn: Uncovering My Father's Holocaust Secrets. It focuses on his father, a Holocaust survivor. A longtime journalist, he worked for NBC and UPI. He lives in New York City.

Q: What inspired you to write What They Didn't Burn?

A: After  finding the Auschwitz registration form with my father’s signature, I knew I had a story. Six months later, I acquired copies of three more Nazi documents, including my father’s signed confession to black market trading in diamonds – while a concentration camp prisoner.

I knew then I had a book. It would show how the Nazis themselves proved one survivor’s unlikely stories of survival. In all, I uncovered more than a score of German documents about my father.

Q: How much did you know about your father's experiences during the Holocaust before writing the book?

I knew nothing about what he actually did to survive. I had no clue that he smuggled diamonds under the nose of the SS. Or how he had narrowly escaped multiple selektions to the Auschwitz gas chambers, including the one in a small village that ripped his family apart. 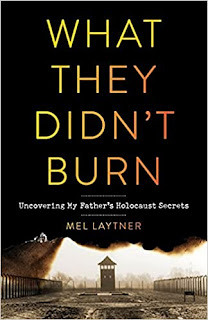 A: As a kid, I knew Dad had survived this thing called Hitler-and-the-Nazis. But that came across as being a victim, not as someone who emerged victorious after defying incredible odds.

He was always tired, withdrawn, passive. He was also as loving, caring a father as one can want. Still, in describing him, I’d never use “hero” and “dad” in the same sentence.

As I uncovered the truths about his life back then, I realized I never really knew him as a man. That is, I began to appreciate him outside the role of father.

He took incredible risks and in the context of the camps surviving itself was as heroic as any combat soldier. And like many soldiers, he suffered quietly from depression. That is, for much of my childhood, my father was dealing with some form of PTSD.

That’s why much of the book shows his struggle to rebuild a life and grow a family here in the United States.

A: Think of Nazis and I see torchlit goose-stepping parades, mass book burnings, and, of course, countless victims burning in the Auschwitz crematoria. I also see desperate Nazis functionaries desperately trying to burn the evidence of their war crimes as the Allies closed in.

What they didn’t burn not only proves one man’s story of survival, but also those of his camp comrades, those who survived and those who did not.

A: I’m planning a historical fiction based on a true story about a group of diplomats who  forged passports that saved hundreds of victims from deportation to Auschwitz. It’s full of incredibly colorful characters—spies, heroes, villains, betrayal, bribery, and a compelling ending.

A: Hopefully, the audiobook version will be out simultaneously with the book launch on Sept. 21.