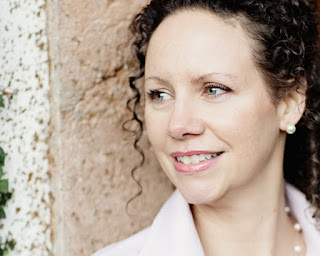 Laura Morelli is the author of the new novel The Stolen Lady, which focuses on the Mona Lisa. The book is set in 15th/16th century Italy and in World War II-era France. Morelli's other books include The Night Portrait. An art historian, she lives in Georgia.

Q: Your previous novel, The Night Portrait, focused on Leonardo's painting The Lady with the Ermine, while your new book highlights the Mona Lisa. How would you compare the two works of art?

A: They are very different pictures—almost like two different children from the same parents.

When Cecilia Gallerani sat before Leonardo da Vinci in the late 1480s, Leonardo was young and hungry for an important commission at the ducal court of Milan. He finished the portrait of the Lady with the Ermine relatively quickly, and we feel an almost photographic sense of a moment captured in time.

On the other hand, Leonardo worked on the Mona Lisa for years; it represents the culmination of everything he knew about painting. As an old man, Leonardo carried this portrait of the Florentine lady over the Alps to France with him, and he continued to work on it until he died. As viewers, we feel the careful deliberation and years of study in the final portrait.

Q: Was your World War II-era character Anne Guichard, who helps hide the Mona Lisa and other works of art from the Nazis, based on a real employee of the Louvre? 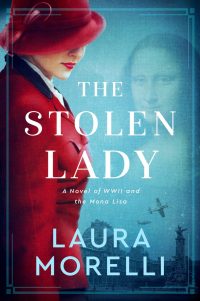 A: Anne is the only one of the Louvre employees in The Stolen Lady who is a fictional character. The true story of the Louvre staff and their ever-shifting chess game of treasures is surely one of the most amazing adventures of World War II.

Following in Anne’s footsteps allows readers to also follow in the footsteps of the Mona Lisa on this incredible adventure from Paris into privately owned castles and monasteries.

Q: In the 15th/16th century chapters of the book, was Lisa's servant Bellina based on a real figure?

A: Bellina is also a fictional character, which makes it possible for her to navigate everything from Lisa’s bedchamber to the visitor’s corridor at Santissima Annunziata monastery, to the powder keg of secret Florentine meeting spots during the rise of Girolamo Savonarola.

Bellina is a well-meaning yet misguided character in Lisa Gherardini’s household. Through a series of circumstances, she is compelled to hide Leonardo’s new portrait of her mistress.

Q: The Publishers Weekly review of the novel says, "Morelli makes both story lines richly drawn, revealing the remarkable fortitude of two women who saved a masterpiece, each during a moment of upheaval." What do you think of that assessment?

A: I love that Publishers Weekly saw—as I did—the interesting parallels not only between the portrait’s history during the two eras but also in the political and cultural upheaval of both times.

Bellina helped shape my depiction of Renaissance Florence as a city ripped apart by the emotional allegiances that must have severed friends and families during this tumultuous chapter in Florentine history.

As a novelist, I have long wanted to explore the mind of someone who threw a treasured possession onto the Bonfire of the Vanities in February 1497. Poor, tormented Bellina turned out to be the perfect victim.

Of course we are all familiar with the upheaval that World War II sparked in so many lives, and I hope to have captured the ramifications for one person and for one painting.

A: My current work in progress is set in Florence during the evacuation of the Uffizi’s treasures to the Tuscan countryside in the early 1940s.

A: Readers can download a free short story or sign up for one of my online art history classes at lauramorelli.com.