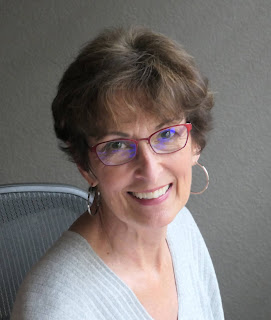 Jeanne Baker Guy is the author of the new memoir You'll Never Find Us. It describes her experiences after her ex-husband kidnapped their two young children. She also has written the book Seeing Me. She lives in Cedar Park, Texas.

A: After my ex-husband died in 2001, the idea to write the 1977 story of how my children were stolen from me began to percolate, but I wasn’t ready. I started writing it in 2005 because of encouragement from author Christina Baldwin at her writers’ retreat on Whidbey Island. She felt strongly it needed to be told.

It’s been 15 years in the making, so my desire to share the story has evolved over time. Originally, I didn’t care if I had an audience. It was strictly cathartic, and I realized I needed to heal.

Poet and author Mark Nepo said in The Book of Awakening, “Tragedy stays alive by feeling what’s been done to us, while peace comes alive by living with the result.” As long as I let the story fester inside me, there would be no end to the pain. It would win.

But by writing and shedding light on the story, by learning about writing—and myself—over the years, I could know some peace.

Once I started, I had to finish. It was a creative challenge that required years of workshops, critique groups, and mentors. And as the story unfolded and grew, so did I. Also, the scope broadened over the years as I studied writing at a deeper level and researched the historical elements crucial to the story.

Though I wouldn’t necessarily recommend my backburner 15-year writing process, I am glad the book is coming out now. It seems particularly relevant given its major themes, which are timelier than ever: dealing intimately with white supremacy, patriarchy, feminism, and women’s empowerment. But most importantly, parental child stealing.

It also helped that certain characters passed on, increasing my comfort level to speak the truth I needed to speak. And now, let’s face it, I’m not getting any younger, and I’d like to be around when the book hits the streets and get cracking on the next memoir. 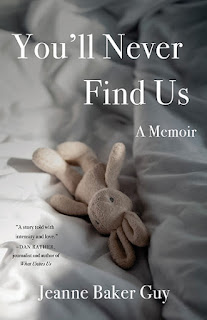 Q: In the book, you describe some extremely difficult times in your life. What impact did writing the book have on you?

A: I remember when I received word that my ex-husband had died (2001). I knew I’d find the courage to one day write the story, but at that moment, I was still filled with suppressed anger; it wasn’t time.

I didn’t start writing until Christina Baldwin urged me to get the story onto the page. She gave me permission to tell my story before I even knew it was what I needed to do. It was as if writing the memoir birthed my voice, and in so doing, led me to an entire community of supportive writers and non-writers alike.

I don’t remember the timeframe, but I met with a therapist/conference facilitator who realized I had stuffed my anger and needed to acknowledge it. “He f**king stole your kids…let’s be angry before we move on to forgiveness, shall we?” She was fierce for me. Talk about having an angel dropped in your lap.

And then came more support. Critique group members that wouldn’t let me quit, even though there were many days I wanted to stop; I felt like I was living in the “bubble of the book” and wanted out; I wanted my life back. It was re-traumatizing going back over and over the past to write the book.

But I was able to rest in the love and support of others, and I grew more accountable to the book day by day. The Writer’s Hotel “Mini-MFA” Conference offered invaluable guidance, and She Writes Press is like none other when it comes to educating and supporting their authors.

One of the things I learned about myself was the courage I needed was within me. I didn’t consciously summon the courage. It was my job to protect the well-being of my children. My love for them was infinite; the images of their faces in my mind and the ache in my heart became my fuel.

How could I not search for them? I had chosen not to be a victim in an abusive relationship; how could I allow them to become victims? I didn’t go searching for courage. The drive came from within me. It wasn’t a choice. You don’t go looking for it—you’re not missing equipment—you have it in you.

A: I gave both Tyger and Megan an advance reader copy several months back and politely suggested they read it before the publication date.

My son, 6 at the time of the story, now 50, called three days later and said, “Sh*t, Mom. I had no idea. No idea of what you’d been through.” I think that was followed by some tears on my part and loving words from him (probably about what a great mom I am).

Megan and now 16-year-old granddaughter, Hudson, started reading the book together. We met at a local coffee shop about a week later. Megan wanted to speak, but a flood of tears interrupted her mid-sentence.

She, too, appreciated the gravity of my life with Klaus and was glad Haywood (my second husband) had been so supportive. She expressed surprise to have learned much about herself, based on my vulnerabilities included in the book.

I’m sure my family members might be a little biased, but they have all given the memoir rave reviews. I have received an avalanche of reviews in the first 10 days from friends and, to be honest, was shocked to hear them say “I couldn’t put it down” over and over again. I’m truly overwhelmed with the feedback.

A: Though I am well aware this situation can apply to both men and women, I want women, in particular, to know that they can tap into an existing well of courage they might not even know they have, feel their power, and get through awful situations in life.

This is a story of moving from a misguided mindset of subservience and powerlessness to finding that power. I was an imperfect but loving mother and knew my children’s well-being was my responsibility. It is never a parent’s right to use their children as pawns.

I hope women will be inspired to tell their stories for whatever reason—whether it be cathartic or to share it with others in some capacity. Those who have experienced the emotional abuse and gaslighting that I did will realize they are not crazy; they will discover the importance of taking care of themselves and tap into their inner courage to handle whatever situation they are in.

A: Just shoot me. I want to write another memoir, one that describes the aftermath of the kidnapping. NaNoWriMo is coming up in November, and I’m signing on so I can hammer out the sh*tty first draft. Hopefully, this one won’t take another 15 years.

I’d also like at some point to begin offering “ReStory” journal-writing gatherings again. I’ll undoubtedly continue blogging. For ReStory information and to check out my blogs, visit www.jeanneguy.com.

A: I’m a big believer in education, support, encouragement, and handholding for writers. Since 2003, Story Circle Network (SCN) has offered all that to me and more.

For anyone unfamiliar with Story Circle, it is a nonprofit organization started by award-winning author Susan Albert, supporting women writing and sharing their stories. Having served as president and longtime board member, I know the heart and soul of this organization, and they live their mission. SCN will celebrate its 25th anniversary in 2022.

If I have any advice for a writer, it would be to find such a group—don’t go it alone.