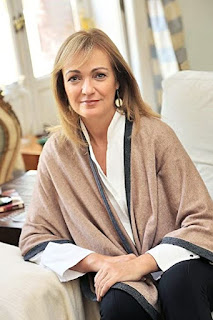 Cristina Morató is the author of the biography Divine Lola: A True Story of Scandal and Celebrity. It focuses on the life of 19th century dancer and celebrity Lola Montez. The book, originally written in Spanish, is now available in an English translation by Andrea Rosenberg.

Q: Why did you decide to write a biography of Lola Montez?

A: I’m very interested in women who were rebellious, audacious, enterprising, adventurous, and ahead of their time—and Lola Montez was all of those things.

In addition, she was practically unknown in Spain; this is the first biography of her that’s been published, and I found it a wonderful challenge.

As a writer, I find her a fascinating character despite her lights and shadows. I am captivated by her intense personality and her life as an impostor, passing herself off as an “exotic Spanish dancer” and deceiving everyone who knew her.

A: The research process was lengthy and complex but very satisfying.

Not only did I get access to exclusive documents, unpublished photos, private correspondence, and newspaper articles and was able to conduct research in the Bavarian State Archives in Munich, but I also retraced her steps by traveling to the main settings where her extraordinary life played out, including Paris, Munich, San Francisco, and New York, where she is buried.

I also visited Sacramento, Nevada City, and Grass Valley in California, where she was a pioneer during the gold rush. 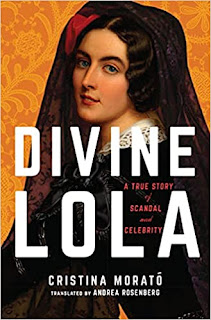 I was surprised to discover how famous she was in her era. She and Queen Victoria of England appeared on more front pages than any other women in the 19th century—but for very different reasons, obviously!

Q: How would you compare her to today’s celebrities? Are there any in particular that remind you of her?

A: I think Lola Montez was as groundbreaking and daring as some of today’s divas—like Madonna, for example.

Like the singer, Lola was a gold mine for the sensationalist press of her era because she shattered conventions and loved being provocative. She flaunted her sexuality, enjoyed scandal, and had a long list of lovers in a highly puritanical society.

I think that in the 21st century, Lola Montez would have been a total it girl and a successful influencer with thousands of followers.

A: Lola Montez is said to be the first femme fatale in history, prior to other notorious women who invented fake personas for themselves, such as Mata Hari.

But Lola was a legend in her time and inspired artists, poets, and filmmakers such as Max Ophüls, who made a biopic about her life in 1955. In 1930 the renowned director Josef von Sternberg paid homage to Lola Montez in his movie The Blue Angel, in which a very young Marlene Dietrich plays a cabaret singer named Lola Lola.

Her greatest legacy is having been a tough, rebellious, independent woman in the 19th century. And her indomitable spirit inspired other women to make their dreams reality.

A: All the books I’ve published have featured female protagonists, from intrepid travelers and explorers to powerful, legendary queens or movie stars from the golden age of Hollywood.

I’m a journalist who writes about the lives of women I admire or whom I’d have liked to meet because I identify with them in some way. So currently I’m once more beginning another female adventure that will be presented to the world in 2023.

A: One thing I found fascinating was that Lola Montez was not just a courtesan, dancer, and adventurer but also one of the great travelers of the 19th century.

In a Victorian England where women lived in their husbands’ shadows, she went around the world and visited places as far away as Australia. She traveled by train, by steamship, by mule, by stagecoach . . . She was a real globetrotter.

In that sense, Divine Lola is also a travel book that takes us to remote, exotic locations, from her native Ireland to colonial India, where she lived in Calcutta and Dinapore. And to the dangerous frontier of the Far West, where she performed for miners during the California gold rush. Truly a life story that deserves to be told.