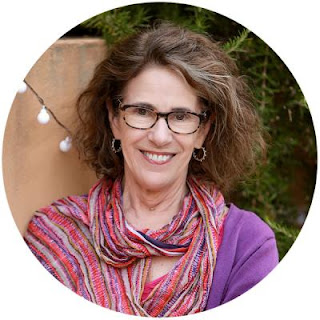 Cai Emmons is the author of the new novel Sinking Islands, the sequel to her novel Weather Woman. Her other books include His Mother's Son. She lives in Eugene, Oregon.

Q: This is your second novel about your character Bronwyn. What inspired you to create her, and do you think she’s changed from one book to the next?

A: I have been fascinated with the idea of being able to change the weather since I was a kid. I used to look up at the clouds and imagine I was moving them, and I often desperately wished I could alter bad weather.

So I began playing around with story ideas based on that notion. It was a departure for me, as I have always been a realistic novelist.

First, the character I created was male, but at some point it seemed obvious that I would have more to work with if I made the character a woman, and a scientist.

I liked exploring the differing points of view of one character who trusts data (Bronwyn’s mentor) and another who trusts her intuition (Bronwyn herself).

In Weather Woman, the first of the two books, Bronwyn is shy and introverted, nervous about making a mistake with dire consequences, and reluctant to “go public” with her gift. In fact, by the end of that book she is deciding to go into hiding.

In Sinking Islands she comes out of hiding and figures out how best to use her power. She has become a much more confident person. 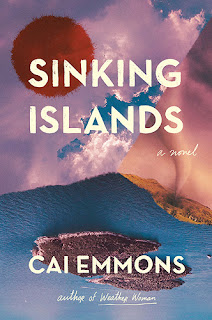 Q: How did you come up with the plot for Sinking Islands?

A: I was somewhat bothered by the way I had left things at the end of Weather Woman, with the possible idea that one very talented person might be able to save our planet. I don’t believe in the idea of a savior; I think we all have to collaborate to fix the climate crisis.

So with that in mind, I wanted Bronwyn to find a way to collaborate with others, and it seemed natural for her to want to try to teach her skill so that many people could go to work across the globe.

Then it became a matter of identifying who those people would be and where on the globe they would come from. I tried to find people who lived in some of the most endangered places.

Q: The writer Diana Abu-Jaber said of the book, “Sinking Islands spins a potent story about what happens when the unbelievable becomes reality, when the earth goes mad and takes us all along for the ride.” What do you think of that assessment?

A: I am completely with her when she says that “the unbelievable becomes reality.”

The basic premise of the book, that someone can actually affect natural forces, is pretty farfetched, but I made that the book’s reality. Of course it requires a certain suspension of disbelief, in the way almost all stories do, though perhaps not always so extremely.

As for the second part of the quote, I think perhaps the earth has already gone mad and is taking us with it. I certainly feel that way after enduring days of temperatures close to 110 degrees here in the Pacific Northwest. We are inhabiting an entirely new reality than that of the world I inhabited as a kid.

A: I knew that I wanted the characters to return to their homelands and assess what they could do about the problems being faced there. But I wasn’t sure how successful I wanted them to be.

I am not a big believer in writing 100 percent happy endings, so I went back and forth with those events, trying to find the perfect balance between success and the certainty of more problems ahead.

A: I am working on a new novel which I hoped would be an investigation into the nature of Evil. I’ve been so bothered by the hatred that was unleashed during the Trump administration and which has not gone away, that I was trying to find a way to address that in story form.

I quickly realized that my goal was too theoretical, so now I am writing something much less grandiose about a former monk who teaches high school history in working class New Jersey.

A: I feel motivated to get as much work done these days as possible, because I was diagnosed with ALS in February, and it isn’t clear how many more years I have to live. There is nothing like a fatal diagnosis to motivate a person!