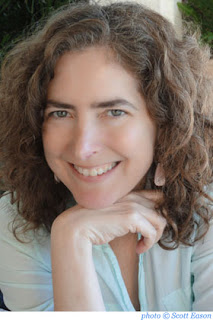 Diana Abu-Jaber is the author of the new memoir Life Without a Recipe. Her five other books include the novel Crescent and the memoir The Language of Baklava. She is the daughter of an American mother and Jordanian father, and her writing reflects her cross-cultural background. She teaches at Portland State University, and lives in South Florida and Portland, Oregon.

Q: Your late father, Bud, and grandmother, Grace, play a large role in this book. What are some of the legacies they left you, particularly when it comes to food?

A: Both of them taught me about the intimate relationship between food and memory, cooking and continuity.

For my grandmother, baking was a way to mark the moment: holidays and seasons were celebrated through specific pastries.

I learned that Christmas cookies were especially significant, designed for visiting, instead of, for example, big meal-ending slices of cake. Cookies are bites to be taken during coffee and conversation—they encourage easy companionship without undue social pressure.

Baking was a heightened experience and form of celebration, both a ritual and an intimate act, because it was a rite she and her grandchildren performed together—you might even say religiously. Her ingredients and recipes were handed down through generations and now I have a collection of those stained old recipe cards. 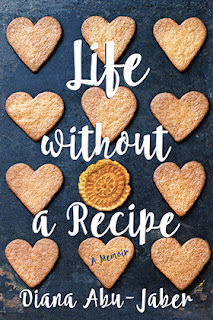 Dad, on the other hand, said he started to cook in order to stay out of fights. He had a quick flashpoint and seemed to get into trouble whenever he left the house, so he stuck around the kitchen, watching his mother and aunts. Food gave him a sense of safe harbor and wholeness; it was tied intrinsically to the memory of family and home country.

Cooking was as native to him as language itself, and by teaching his children to cook traditional meals like stuffed squash and roasted lamb with garlic, he was handing cultural memory down to us—teaching us about the place his family started and the ways it sustained itself.

Q: Your daughter also is featured in your memoir--what are you teaching her about your family history and legacy, and what are some of her favorite things to eat?

A: Almost every night I tell her another family story—any small memory or detail I can recall about my parents and grandparents—which are often tied, in some way to food. I sing songs to her in Arabic and hope to take her to the Middle East soon to meet more of our extended family.

She loves a lot of my father’s old dishes—stuffed grape leaves, hummus, grilled shish kabobs. Although honestly, I think she’d be just as happy eating a plate of rice and lebeneh (thickened yogurt.) 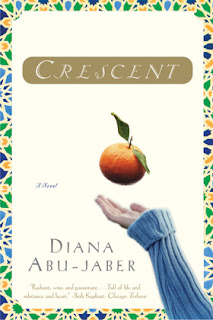 A: The book was originally going to be called “Grace At the Table,” but my editor and I started to worry it was a bit sentimental and somehow not the best fit for the story.

One day, she called and tried the new title out on me—I liked the energy and vibrance of Life Without A Recipe. It has a renegade, bush-wacking style that appeals to me.

And the title seemed to better describe my approach to things—sort of making one’s way not according to a rulebook or guideline, but by feel, impulse, and intuition. I want to appeal to readers’ sense of creative freedom and hopefully offer other writers encouragement to make their own journeys.

Q: Is your writing process similar when you're working on a memoir as opposed to fiction?

A: It’s similar in that I write a whole book over the course of a year or so, then I have to start all over and rewrite the entire darn thing from scratch for another year or so.

In many ways, though, I find nonfiction more knowable, if that makes any sense. I mean, it was very hard to figure out how to order and structure this book and my editor helped me tremendously with that. But I already knew most of the stories and people in my nonfiction because I’d lived them all. 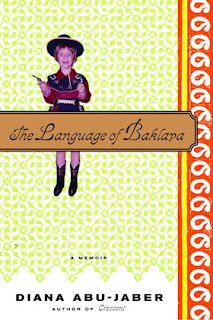 Novels, on the other hand, are deeply ineffable to me, the characters keep shifting and hiding, until you’ve peeled away every layer. And even then, it’s hard to know what it is they really want, sometimes not until after the book is done.

A: I’ve finished a draft of a young adult fantasy novel called “SilverWorld” that is scheduled to come out next year. And I’m starting to noodle around on a new novel, but that’s still in the early scratching and musing stages.