Viet Thanh Nguyen is the author of the new book Nothing Ever Dies: Vietnam and the Memory of War. He just won the Pulitzer Prize for his novel The Sympathizer. He also has written the book Race and Resistance, and his work has appeared in a variety of publications, including Best New American Voices and TriQuarterly. He is associate professor of English and American Studies and Ethnicity at the University of Southern California.

Q: In your new book Nothing Ever Dies, you write, “I was born in Vietnam but made in America.” How did you come up with the idea for this book, and what does its title signify for you?

A: I began writing this book in 2003, and it was meant to address how the United States has failed to remember the Vietnam War adequately. For all the thousands of books and films that the U.S. has produced about this war, there’s a strikingly limited amount that addresses how the Vietnamese of all sides experienced what the victorious Vietnamese called the American War.

As I delved deeper into researching and thinking about this war, however, the more it became clear to me that simply doing a comparative work about how both Americans and Vietnamese have remembered the war would not be enough. The war spilled over into Cambodia and Laos. The United States and Vietnam were both responsible for that, and neither one wants to remember that.

So the book kept expanding to take into account what happened to Cambodia and Laos, and the creation of Southeast Asian diasporas in the United States because of the enormous numbers of refugees that fled. That’s one reason why the book took 12 years to write.

I aimed to bring everything I knew about fiction writing—its use of emotion, passion, feeling, narrative, theme, and character—into Nothing Ever Dies. What I thought of initially as a rather limited academic study has now become a vast cultural history, aimed at the general reader as well as the scholarly one. 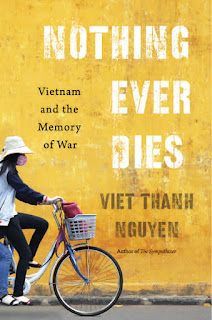 Q: You note that wars take on identities, with World War II as “the Good War” and Vietnam as “the bad war.” What would you say is the legacy of the Vietnam War today, both in the U.S. and in Vietnam?

A: For the United States, there are two basic lessons, the positive and the negative. The negative lesson is that the U.S. should never engage in this type of criminal war again, one that involved occupying another country and compromising morality. This is the motivation of the antiwar movement, and while it remains visible, its power seems to be fading.

The positive lesson is the opposite. Those who have absorbed this lesson believe the war was noble and just, but flawed in its execution. They blame the media, the government, the antiwar movement, and military policy for the failure, and have crafted various strategies to prevent that failure from happening again.

The belief here is that wars after this one can be conducted more successfully if we learn from this war’s failure. This is the lesson put forth by both generals and politicians, including every president of both parties since the end of the war.

It is the basis for the continual expansion of American power globally, the increase in American military bases all over the world, the ever greater expenditure of treasure on the military budget, the detachment of the American military from American society, and the increasing entrenchment of the military-industrial complex. All of these factors practically guarantee our engagement in perpetual war of both high and low intensity. 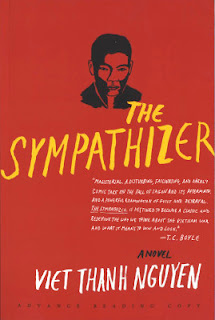 For Vietnam, the lesson is that the Communist Party must do whatever it can to control the memory of this war as a heroic, revolutionary effort that was worth the sacrifice of one million soldiers and two million civilians.

This war was fought to unify and liberate the country, and also to bring to the people both freedom and equality. But while the country is unified and independent, the people are neither equal nor free. Class inequality is great and growing, and while some few become rich, and while a middle-class is expanding, the majority of people struggle.

The irony of living in an unequal communist society is exacerbated by the fact that the country is a de facto crony capitalist economy, run by a corrupt Communist Party. Everyone knows this to be true, but no one is allowed to say so in public.

This corruption, inequality, and hypocrisy is a betrayal of those three million lives, and so the Communist Party continually repeats the idea that the war was worth all the blood because if it wasn’t, the basis of the Communist Party’s moral and political legitimacy would be completely eroded.

Q: The book delves into many areas, including memorials, films, and literature. How did you research it, and was there anything that particularly surprised you in the course of your research?

A: I read a lot of books and watched a lot of films. I also traveled to memorials, museums, battlefields, and cemeteries all over Vietnam, Cambodia, Laos, and to Seoul, South Korea, which is also included in this cultural history.

Most people aren’t even aware that America’s largest ally during the war was South Korea, which was paid well for the use of its 300,000 troops. These payments, plus the American contracts offered to South Korean chaebol like Hyundai and Daewoo, helped to boost South Korea from being a country poorer than South Vietnam in the 1960s to the global powerhouse it is today. Learning about this was a big surprise for me. 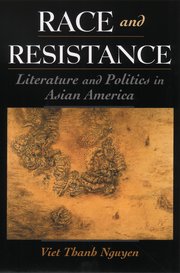 The greatest surprise for me, however, had to do with my thinking on the question of memory and war. The book is not only about this particular war. It’s about how we remember and forget war in general.

I didn’t anticipate the book’s conclusion when I set out to write the book. My conclusion is that the basic dynamic of memory and forgetting when it comes to war is that most people want to remember their humanity and forget their inhumanity. Conversely, people want to forget the humanity of their enemies and others, and remember their inhumanity.

And this basic dynamic is one important reason why societies keep going to war. By forgetting the inhumanity that is latent in all of us, we fool ourselves into thinking that any war we fight will be a just one, and that if it isn’t, it is the fault of our enemies and others.

Q: Toward the end of the book, you write, “Too much remembering and too much forgetting are both fatal…” What would you say is the right amount of remembering and forgetting, especially regarding the Vietnam War?

A: Some people say that there can be too much remembering, and that if we do not forget, we will always be stuck in the past, unable to move on. My stance on this is that remembering and forgetting do not take place in isolation and cannot be discussed as if they are ideal processes that only happen in the mind, or for the individual.

Even arguing that memories are collective is not enough to get at how memory is something that takes place both inside and outside of the individual. Memories are not only individual and collective; they are also corporate and industrial.

Thus, the reason why we are often stuck in the past when it comes to difficult events like war, genocide, slavery, and the like, is that the legacies of these horrors remain embedded in our everyday lives. These terrible things are not simply injustices of the past; they become the injustices of the present by leading to continuing conditions of economic, social, and political inequality.

Those groups that have suffered in the past do not usually have equal access to these means of memory, because they are also excluded from economic privilege and the ownership of the means of production in general.

If there is no economic equality, then how can we expect mnemonic equality? In short, there are such things as industries of memory, including publishing, film-making, news media, punditry, scholarship, and political discourses, and they amplify the memories and the voices of the powerful.

In the United States, what this means is that the military-industrial complex is matched by an industry of memory that serves it. They share technology, ideology, culture, and history.

This is why after the actual Vietnam War a second war was waged in memory by the Hollywood cinema-industrial complex. The United States lost the war in fact but won the war in memory all over the world, outside of Vietnam. In short, this is the first war where the losers got to write the history.

A: I am revising a short story collection that I will deliver to my publisher at the end of the summer. I’ve also written 50 pages of the sequel to The Sympathizer. An excerpt will appear in a forthcoming issue of Ploughshares edited by Claire Messud and James Wood.

A: I really do believe that a work of cultural history like this, if written in the right way, can be read by anyone with an interest and an open mind. That was the challenge I set for myself, as a scholar who is also a novelist, and as a reader who has faith in the intelligence of readers.

--Interview with Deborah Kalb. This Q&A also appears on www.hauntinglegacy.com. For a previous Q&A with Viet Thanh Nguyen, please click here.
Posted by Deborah Kalb at 6:50 AM