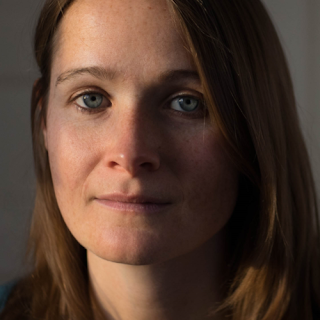 Hannah Tennant-Moore is the author of the new novel Wreck and Order. Her work has appeared in a variety of publications, including The New York Times and The New Republic. She lives in Upstate New York.

Q: You write that you found the inspiration for your novel during a trip to Sri Lanka. What about that location made it the right setting for your novel?

A: In my mid-20s, I spent two months backpacking around Sri Lanka, a country that appealed to me because of its Buddhism, its affordability, its smallness and relative isolation.

Solitude and unscheduled time are probably the conditions most conducive to writing, and I had both in Sri Lanka to an intoxicating degree. I had no cell phone, checked email rarely, and knew not a soul in the country.

I spent my days wandering, looking, listening, sitting, daydreaming, having occasional conversations with people who were open and unguarded because we knew we would not see each other again.

Being all alone in a foreign place creates a rare openness and receptivity to the outside world that has always been good for both my mental health and my writing.

My life had no context in Sri Lanka; I was reduced to an organism of observation. I wanted to give my character that same sense of self-forgetfulness, to put in relief the more chaotic, difficult aspects of her life.

I also couldn’t help writing about Sri Lanka because I found daily life in the country so rich and compelling—the food, landscape, politics, gender dynamics, religion—that I only had to sit down with a pen and paper and wring myself out like a sponge at the end of each day. These notes later helped me create a sense of place in Wreck and Order. 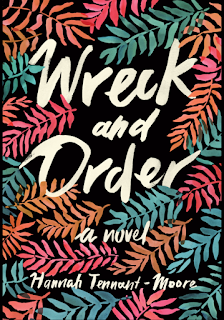 Q: The writer Mona Simpson called your character Elsie "a new kind of feminist." What do you think of that characterization?

A: I’m honored by it and hope there’s truth to it!

To be more specific, I’ll first give my definition of feminist, since the word has become so overused as to be meaningless. To me, a feminist is someone who believes men and women are entitled to the same rights and privileges, and is willing to take action to stand up for this belief. In this way, Elsie is not exactly feminist, but Wreck and Order is.

None of Elsie’s feelings about sex are conceptual or ideological. They are just feelings, and she rarely allows them to inform her decisions, so that she is often caught up in bad, preventable sexual experiences.

But by describing the particular pain she feels when her body is used as the object of a man’s pleasure and her own pleasure is overlooked, I hoped to signal a common problem facing young women in a new way: through emotion rather than prescription. Righteous feminist rage can be off-putting (I know mine is to me) without an acknowledgment of the pain underlying the rage.

But a dry observation of this discrepancy does not explain what’s wrong with it. Only a description of how the discrepancy feels—as a bodily, emotional experience—can do that.

I do not presume to speak, through Elsie, for what all women want and need. But I did want to make one woman’s desires, and the inaccessibility of their fulfillment, real, immediate, and relatable—not conceptual, not ideological, but human.

A: The whole time I was writing the first half of the book, I thought I knew where the narrative was heading, but I turned out to be very wrong. Elsie’s subtle transformation surprised me, and by the end of the book, I found myself following her lead, moved by the unorthodox inner strength she eventually reveals.

Still, I edited this novel dozens of times, and the particulars of Elsie’s transformation changed a lot along the way. The one thing that I never altered is the book’s final scene, which has always felt to me like the only possible ending.

Q: How did you come up with the novel's title, and what does it signify for you?

A: I’m afraid I can’t give that way! The meanings of the title—both literal and metaphorical—are revealed in the course of the novel.

A: I’m about a third of the way into a new novel, which makes playful use of research I’ve been doing for the last decade about the relationship between two of my favorite artists.

A: Just that I’m very grateful to all readers, like you, who have taken an interest in Wreck and Order. Writing a novel can be quite lonely, and it’s nice to feel that the fruits of that solitary labor result in a greater sense of connectedness in the end.