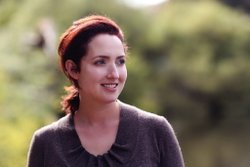 Elizabeth Percer is the author of the new novel All Stories Are Love Stories. She also has written the novel An Uncommon Education and the poetry collection Ultrasound. She lives in Northern California.

Q: How did you come up with the idea for your new novel, and why did you set it during an earthquake in San Francisco?

A: To write a novel, I need to come up with something I know is big enough that it will keep me mentally and emotionally occupied for two years or more. I always look for something that scares me.

An issue in my life, in the 10-15 years since I had my kids, is that having children brought to the forefront of my imagination and heart that I have three people who have my heart inside them and might run into traffic.

The process in American motherhood is to reassure children that you’ll keep them safe, but the philosopher in me knows it isn’t true…especially in this world now. It has become a big issue for me. I’m fascinated by the illusion of safety, and how you keep going with hope despite the illusion. 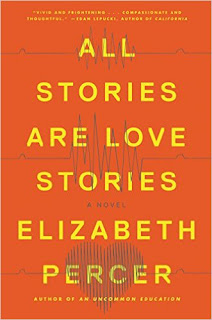 That was a broad philosophical concern influencing the novel [and led to] the earthquake. I live on landfill in the San Francisco Bay area. I love to write about place. My first novel is about place. I love the character of our environment. I’d written my East Coast novel—I spent the first 20 years of my life there—and it was appropriate to have a West Coast novel as well.

Q: You switch perspective among several of the book's characters. Why did you choose to do that, rather than have only one or two perspectives?

A: I love a good ensemble…I love the sense of a large cast. It’s tough to do in a novel…My way is to choose a couple of key players with a cast of their own, to give a sense of the community that’s affected by the situation.

It was important to [include] two men. My first book was very feminine and I am very feminine, but I am much more than that. Men are equally underserved by how they’re portrayed in the world. I grew up around gentle men—gentle people—and always wanted to work with that. It helped me have more flexibility and movement. 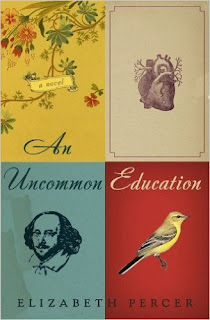 A: It comes out of a sense that we deal with a great deal of suffering, no matter where we are in the world. Certainly, others are more directly affected, but it’s inescapable.

But despite the extremes of suffering, overall we are a loving race. It’s extraordinary when you think about it. There are multiple examples where we’ve gone wrong, but overall there’s a sense of humanity that tends to outweigh the suffering.

It speaks to the fact that love is more complex and there’s more darkness than we allow. One of my pet peeves is how little power we give emotion. We tend to dismiss it, and see it as weakness. When we see it as strength, it’s in a Disney fashion. It doesn’t get the credit it deserves….

Q: Your publisher's website compares your novel to Emily St. John Mandel's Station Eleven. What do you think of the comparison? 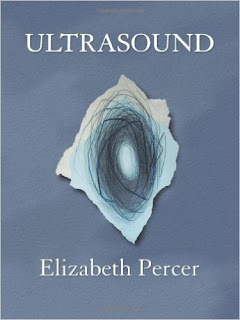 I think the way we perceive and categorize novels is a marketing necessity, but it doesn’t apply to me as a reader so [shouldn’t] as a writer. I see why they do it—it’s a disaster story about human connections…

I didn’t read Station Eleven until after I wrote this. I don’t read novels that I think might be [similar to] what I think I’m writing.

A: I can’t tell you! For a couple of reasons—I’m not sure I’m going to make it into a novel, and second, I’m one of those writers where it spoils the writing if I talk about it. I am working on something!

A: Whatever people take out of it, I’m happy that they took the time to read it. It never gets old!