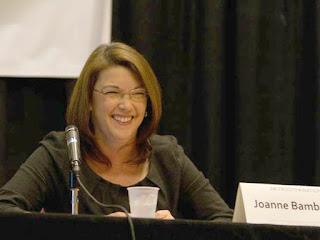 Joanne Cronrath Bamberger is the editor of the new book Love Her, Love Her Not: The Hillary Paradox. She also has written PunditMom's Mothers of Intention. She is the publisher and editor in chief of the digital magazine The Broad Side, and her work has appeared in a variety of publications, including The Washington Post and USA Today. She lives in the Washington, D.C., area. 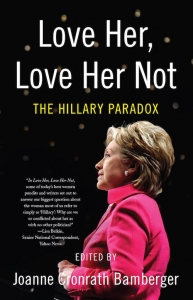 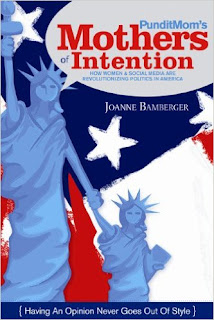 A: The reaction to the book has been generally very positive. When readers realize that LHLHN: The Hillary Paradox isn't a book that's taking sides, but that it's a book that tries to explore the "why" behind our conflicted feelings about Hillary and how we tend to project certain things onto her, many people have said it's a refreshing book that helped them think more deeply about why and how Clinton has become such a paradox.

The Amazon and Goodreads reviews have been very positive, and it did get an Amazon designation of #1 Hot New Release! Many of the reviews express what I had hoped the book might accomplish - that the essays and opinions are thoughtful and thought-provoking, and really guide the reader to asking himself or herself exactly why they feel the way they do (good, bad or indifferent) about Clinton.

The conversations that I, as well as the book's contributors, have had at events around the country, have been, shall we say, lively! We've tried not to get into major discussions about who supports Hillary Clinton vs. Bernie Sanders, but have tried to stay focused on the conversation about how we as voters form our opinions, as well as how the research around how many voters' need to find her "likable" impacts Clinton, as well as other candidates.

I just wish I knew what she thinks about the book, since her campaign did reach out to me early on for a reader's copy. Or maybe I don't want to know!

I have an idea for another book - as my 10th grade daughter has reminded me after working on an anthology that next has to be "my own."

--Interview with Deborah Kalb. For a previous version of this Q&A, please click here. Joanne Cronrath Bamberger will be participating in the Bethesda Literary Festival, which runs from April 15-17, 2016, in Bethesda, Maryland.
Posted by Deborah Kalb at 6:19 AM