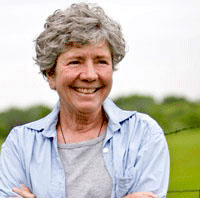 Mary Pipher is the author of Letters to a Young Therapist, now available in a revised edition. Her other books include The Shelter of Each Other, Another Country, and Reviving Ophelia: Saving the Selves of Adolescent Girls. A well-known clinical psychologist, she has traveled around the world speaking to various groups. She lives in Lincoln, Nebraska.

Q: Your book Letters to a Young Therapist was first published in 2003. How did this revised edition come about, and what do you see as the major changes in therapy since the book’s initial publication?

A: I wrote the book right after 9/11. I had finished a book on refugees, and I was emotionally shot. I was happy to be asked by Basic Books to write about our field. The world seemed out of control [and it helped to write this book].

It was a popular book; students would write me…it was influential in their decisions to be therapists. Our basic mission is to heal the human heart, and it’s a really important one.

Because it was so popular, the publisher asked me to do a new book with a new cover, to update it. I was delighted. I hadn’t thought much about these issues in a long time, and I willingly accepted.

[I’m] rethinking how the world changed in 16 years. I’m struck by the idea that human beings haven’t changed very much—they still have their basic needs, basic family structure, ways of getting in horrible [situations].

On the other hand, the speed that the world has changed has greatly accelerated. The number of things that were different was incredible. 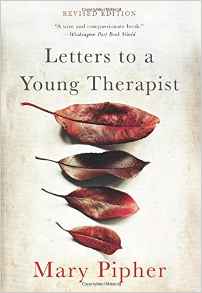 For example, I felt immediately that the emotional climate for Americans was much rougher even than 2001. They’re working harder, money is tighter, they’re more stressed out about college payments, house payments.

The 24-7 media cycle generates a cycle of fear. It’s left people damaged…If you define a democracy as having control over the forces that control your life, none of us feel that way…I wanted to write about that.

Another issue that’s very different is technology. It presents issues to families that it didn’t in 2001. Texting has become even more common. Sexting—if you’re the mother of a teenage girl or boy.

Facebook relationships—one problem we have is people reconnecting with old partners and having clandestine relationships.…Those kinds of problems come with the new digital technology.

Then, there’s another way to look at this: How has therapy changed? Therapy is much improved. There are better protocols.

[For many years] there wasn’t a good model for how to do marital therapy. I still do a lot of speaking at big workshops—now that I’m seeing what people know about marital therapy, I realize what we didn’t know in 2001. [Also] for borderline personality disorder and for OCD. 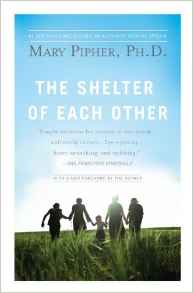 There are problems—there’s much more medicalization of psychological problems. Big Pharma is advertising on TV… I probably referred a dozen people to a psychiatrist or physician [to get drugs prescribed]. Now it’s so common…My point of view is that’s not a good change.

One big change in our field is that a lot of therapists are now doing therapy on line. They’re checking out their clients on their Facebook page, and the clients are checking them out…[I never did that.]

A lot of my philosophy is people in a room. I have great faith in the power of two people in a room for 50 minutes, with one person feeling safe enough [to talk] and the other person dedicated to welfare of the person in front of them…

Q: In the book, you write, “Being a psychotherapist is no Caribbean cruise with bonbons and bourbon.” How have you been able to handle the stress over the years?

A: There’s three kinds of stress. One—how you handle the cumulative stress of spending most of your adult life in a room with people who are struggling. I did a lot of trauma therapy, pretty serious trauma issues. How do you handle it personally and stay resilient? 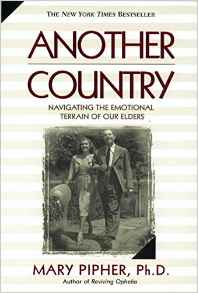 I think it’s important that therapists not become unbalanced. I had kids, a big community, I took time off. I never got greedy and worked too hard; I never got prideful and thought I was the only one [who could help someone]…

Two—How not to be a burned out therapist with your clients. A lot is staffing, and constantly updating your skills. When I was sitting with a client, I wasn’t listening for problems, but for solutions. I was thinking the person was going to walk out more hopeful, with an action plan.

I was not thinking, “Poor person,” but, “What can I give this person?” For the most part, I could pull that off….

Another thing that’s really stressful was there were three times…when people threatened my life, and a couple of times threatened my family. That was terrible. I talked to my husband [also a therapist] …and said if it happens again, I’m done.

We were very fortunate, we never had lawsuits or payment issues. For the most part, we felt real good about our work.

There are dangerous people, who often end up in therapists’ offices….

A: I am. It’s about women my age...there’s so little about what’s important to us that’s reflected in the culture. [It's like] Reviving Ophelia for women in their 60s, women who aren’t old-old but…every day we are aware of our mortality. It’s a really interesting time for me and my friends. 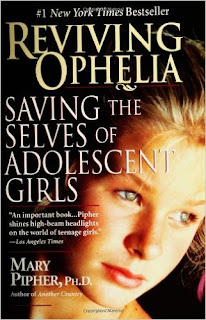 A: [The question of] what would you do differently now? I’m still a therapist; my office has been closed for some time but I still do a lot of work with refugees, healing conversations. There’s a lot of emotional support involved with that.

I’m also someone who likes to engage with people in a deep way—whatever happens to me, [the idea is] to move things forward for everyone in the encounter…

If I were practicing now, instead of seeing them weekly, I’d have them alternate therapy and massage. Massage is so helpful, and a certain part of life needs to be done by the forebrain and part by the body.

I would start therapy with a moment of silence, and focus on breathing. I’m a Buddhist, and I’m focused on mindfulness. One minute of breathing can enhance the conversation.

Because people are so stressed out, I would do more talking about how we live in the world and how we can find a quiet place.

One thing I’m doing is I have not read anything about Donald Trump, and I don’t want to talk about it. It doesn’t mean I don’t feel despair, but I won’t discuss [the subject]. I don’t want it as a part of my daily life.

A lot of people are obsessed with it, and want to talk about it a lot. Any more conversation does nothing for me but create anxiety.

Our culture is just barely manageable emotionally. I would spend a lot of time helping people manage anxiety. When you’re stressed, lie down outside and look at the sky. It’s impossible not to be grounded; it puts your life in perspective. I’d recommend more things like that.

I also think I’d talk about how much we’re hearing about grief and despair is [associated with] large global forces. We hold in our bodies grief for climate change, for Syrian refugees. It’s all in our bodies and hearts, though we may not talk about it. Balance means to find ways to balance the pain of the world with the joy of the world.