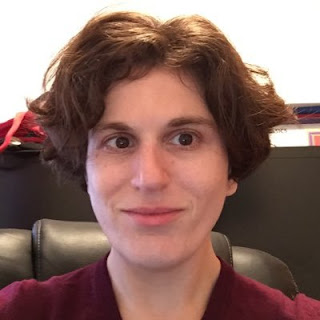 Sarah Weinman is the editor of the two-volume compilation Women Crime Writers: Eight Suspense Novels of the 1940s & 50s. She also has edited the collection Troubled Daughters, Twisted Wives, and her work has appeared in a variety of publications, including The New York Times and The Wall Street Journal. She is news editor for Publishers Marketplace, and she is based in New York City.

Q: How well known were these novels at the time they were written?

A: It depended, but these writers were generally quite critically acclaimed and successful in their day. Hardcover publications, brisk paperback reprint sales, reviews in The New York Times, The Washington Post, even The New Yorker.

It's also no accident that six of the eight books were made into feature films. Laura, the movie, deviates somewhat from Vera Caspary's novel, but they are both masterpieces. Same with In a Lonely Place, book and film. I sure love both, but I can also see how the novel was not exactly filmable ca. 1950. 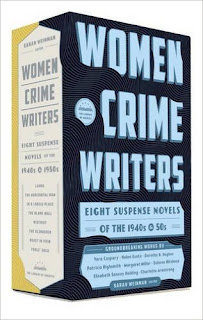 Q: What impact did war, or the threat of war, have on the themes running through these books?

A: You see it most explicitly with The Blank Wall by Elisabeth Sanxay Holding, featuring a middle-aged heroine whose husband is serving in World War II (they exchange many letters), and In a Lonely Place, [which includes] the specter of veterans coming back, broken and traumatized, to a civilian world unsure what to make of them.

But the whole notion that women were tasked with working to supplant men serving overseas hangs over so many of these books - especially when, once the surviving men came home, the "traditional" roles of husband and wife and family were supposed to come back into favor.

Q: How do these novels compare to the works of male crime writers of the same period?

A: This may be a surprising observation but I found the male crime writers had a real sentimentality streak running through them that the women did not. Chandler is all romanticism. Mickey Spillane all rough and tumble masculinity assertion that, in hindsight, smacks rather of ostentatious insecurity.

The women of the period, the best writers, seemed to ignore romanticism and sentimentality in favor of a ruthless realism. They didn't have to create a fantasy. They were more concerned with telling things like they were. 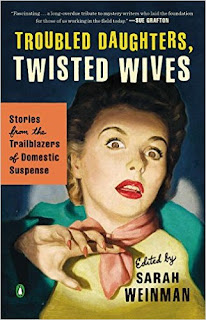 Q: Which current authors do you see as perhaps the modern equivalents of these writers?

A: One of the reasons I reached out to contemporary authors to write appreciations on the companion website (at womencrime.loa.org) is that I saw real connections, direct or otherwise, between past and present generations.

To wit: Laura Lippman is our modern-day Margaret Millar. Megan Abbott reminded me of Dorothy B. Hughes early on and that connection sticks. Charlotte Armstrong is in the DNA of writers like Lisa Unger and Lisa Scottoline. Patricia Highsmith very clearly influenced Gillian Flynn. Sara Paretsky had not read Vera Caspary before I asked her to write about Laura but even she sees the connections there now. And so on.
Q: What are you working on now?

A: I have a number of projects on the go, from historical true crime feature journalism to a short story in an upcoming issue of Alfred Hitchcock's Mystery Magazine to stuff I can't quite talk about yet. But the #1 question I'm asked is whether there will be another volume of Women Crime Writers and the answer is, I hope so, but talks continue!
Q: Anything else we should know?

A: Only that in the months since Women Crime Writers was published I've been heartened by the response and how many readers have flocked to the collection. I could not be more proud of it and what it's continuing to accomplish in the larger culture.