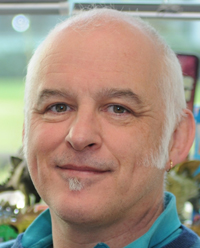 Matthew Cobb is the author most recently of Life's Greatest Secret: The Race to Crack the Genetic Code. His other books include Eleven Days in August and The Resistance. He is a professor of zoology at the University of Manchester, and he lives in Manchester, England.

Q: You write, “The discovery of the code did not occur through the genius of a single person or even a handful of thinkers.” What combination of factors did this discovery require?

A: It needed a change in the way people thought. There was a fusion of ideas from different domains – mathematics, biology, physics – which occurred in the years 1943-1953, in particular to do with the realisation that there was such a thing as 'genetic information' - this is what is in the code.

A: I did a lot of reading! I had to read all the papers that were written, some of which were very difficult to understand either because I hadn't been trained in that field (e.g. bacterial genetics) or because people's ideas were confused at the time.

I tried to read without the benefit of hindsight, in other words, not to award points to people for getting things right, because sometimes people were right for the wrong reasons, and other times people's errors were more interesting in showing how thinkers were struggling with various concepts. 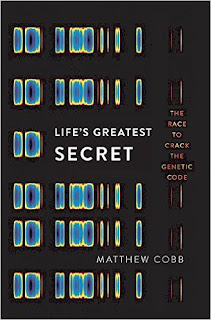 What most surprised me was the rapidity with which people accepted the idea that “genetic information” existed – once Watson and Crick had come up with the idea in their second 1953 paper, no one challenged it. It just made sense.

This was a consequence of the changes in thinking that had taken place over the previous decade.

A: The ideas I describe here were the product of Americans, Britons, South Africans, Russians and Frenchmen, working primarily in the U.S., U.K. and France, but with a truly international outlook.

Two things have changed: firstly, even more nations and nationalities are now involved in science. In particular, over the last decade or so Chinese researchers play a vital role in many leading laboratories, and indeed have their own groups.

Secondly, the speed with which researchers exchange their ideas has increased enormously. Electronic communication, linked with 'pre-prints' (putting research onto open access servers before it is accepted by a journal) has transformed science and the speed with which discoveries can be disseminated. 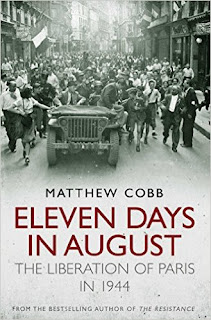 Many scientists - me included - now use Twitter as a major source for hearing about new discoveries.

Q: What do you see looking ahead when it comes to research into genetics?

A: As outlined in the final chapters of my book, the major change is the advent of the new gene editing technique known as CRISPR. In 2012, it was shown that this system, which has its origins in bacteria, could be used to precisely edit genes in other organisms.

As a result, thousands of researchers around the world are using it to manipulate genes in flies, frogs and even human cells. This will open up a new era of scientific and medical discovery.

By coupling CRISPR with a technique called a gene drive, it is possible to rapidly alter wild populations, for example making a population of disease-transmitting mosquitoes go sterile.

This could have great benefits, but it could also be extremely dangerous – James Clapper, U.S. Director of National Intelligence, has described gene editing as a weapon of mass destruction because of its ability to affect the environment. 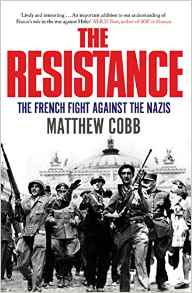 We need an international agreement on if, how and when such modified organisms should be released into the wild. This is an incredibly important issue.

A: I'm writing a book about the history of what we know about the brain. I'm currently tracing how our understanding of the location of the mind shifted from the heart – where most of humanity has thought it resided for most of our history – to the brain, and above all what evidence led people to think that.

Later chapters will bring the story up to the present day and the possibility of artificial intelligence.

A: Science is complicated, but the issues it raises are too important to be left to the scientists, governments or corporations. We all need to be able to understand the key questions that will affect us, our children and the planet. My book will help you do that.