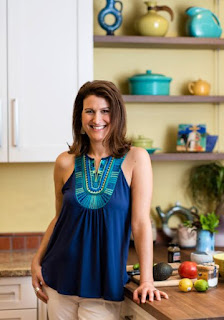 Q: Why did you decide to focus on managing and preventing diabetes in your new cookbook?

A: I didn’t! I was approached by the American Diabetes Association. They had seen some of my work in The Washington Post. It turns out meal-planning books are their best-selling cookbooks. When people are first diagnosed, they’re scared. They know they have to change their life…They want full guidance on what to eat.

I said it sounds good, I want to help people get healthier—but my recipes are focused on families. They said, That’s who the diabetes population is now. Once I learned more about it, I was motivated, and they are great to work with…

Q: So you mentioned families, which have been the focus of your Six O’Clock Scramble work. Can you say more about how you adapted your concept to dealing with the issue of diabetes?

A: It was not a big adaptation. What I learned is that most [of my] recipes work for this cookbook. The diabetes diet is the way we should be eating—fruits and vegetables, lean protein…a healthy diet… 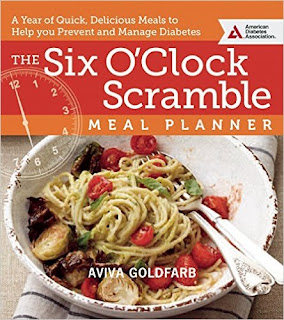 I needed recipes that would work for the whole family, [not only the person with diabetes]. There were very few adjustments needed—lowering the sodium further…cutting down on the cheese. I concentrate on healthy recipes. It was surprisingly easy to fit it into the framework. I tried to emphasize that this is a cookbook we all can use…

Q: What is the range of people affected by diabetes?

A: One in three people is affected by diabetes or pre-diabetes. It’s not a stretch to think that someone in your family has it. With Type 2 diabetes…lifestyle changes can drastically improve your prognosis or reverse pre-diabetes. Some testers [for the book] were able to reverse their pre-diabetes.

By 2050 if current trends continue, one in three people will have diabetes. The more I learned about how prevalent it is, and how treatable it is, I was more interested in working with people [on the issue]. 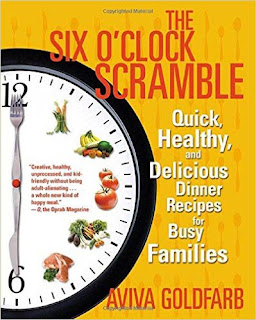 Q: What are some of the most effective ways of managing diabetes through diet?

I’ve been moving more and more toward whole grains. They’re healthier…The more I’ve learned being in nutrition, [it’s important to use] whole foods and fruits and vegetables as much as possible.

I didn’t want to use fake foods, and [the American Diabetes Association] is moving away from that. In the past, they were using low-fat or reduced fat foods—Eggbeaters, artificial sweeteners, things I’ve moved away from.

Q: The book includes a year’s worth of meal planning. How did you come up with that many recipes, and do you have any particular favorites?

A: The ways it’s worked with my cookbooks and meal planning sites is that I’m always developing recipes. Every four or five years, I have enough for a new cookbook! 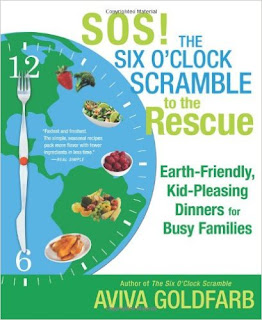 I’m rigorous about testing. I make up two or three recipes a week, and they have to go through testing. It’s a time-consuming process. It works out well—every so often there’s a new cookbook.

I like to keep meals as simple as they can be—a half-hour work time, herbs and spices for flavor, not just salt. There are health benefits beyond diabetes.

Q: Are you continuing with recipes and eventually collecting enough for another cookbook?

A: I develop recipes because it’s a creative outlet. I’ve never pitched a cookbook; they’ve landed in my lap…when the right thing comes along, I would like to do it. It may be a cookbook not just for family dinners…[maybe] easy happy hour recipes.

Another thing, not only are the recipes tested, they’re tested and rated on the websites—before something’s in the cookbook, it has ratings. It’s something I can be proud of, to put out there.

I’m not quite sure what’s next. When I have a cookbook out, I try to give a couple of months to promote it. I’m looking at future projects. One child is in college, and one is a junior in high school. Life is going to change dramatically! I don’t know what the future holds, but I’m open to wonderful projects. I’m talking to the American Diabetes Association about more projects…

A: This isn’t just for your cousin with diabetes—it’s for everybody. The only other feature that’s unique [that we haven’t discussed] are the grocery lists in this book. You can rip one out, or take a photo, or go to the website.

The goal is to make it so easy for people to make healthy dinners. My mission is to remove the barriers. If they can’t do it with this cookbook or the website, I don’t know what I can do, other than bringing them dinner!

--Interview with Deborah Kalb. For a previous Q&A with Aviva Goldfarb, please click here.
Posted by Deborah Kalb at 7:10 AM