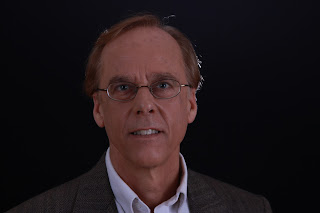 R. Douglas Fields is the author of the new book Why We Snap: Understanding the Rage Circuit in Your Brain. He also has written The Other Brain and edited Beyond the Synapse, and his work has appeared in a variety of publications, including Scientific American and Psychology Today. He heads the Nervous System Development and Plasticity Section at the National Institutes of Health, and he lives in Silver Spring, Maryland.

Q: In your book, you write that you were motivated to explore the topic of rage after being robbed in Barcelona. What about your experience in Barcelona epitomizes the phenomenon you study in the book?

A: I reacted aggressively to the robber by throwing him to the ground to get my wallet back within a fraction. Had I thought about it, I never would have done such a thing. You don't want to fight with a robber, but I didn't think. The reaction was automatic and instantaneous.

This was stunning to me. If something unexpected in our environment can cause you to risk your life and limb without any conscious control, I wanted to understand how that worked at the level of brain circuits and to learn to control it if possible.

I wanted to understand what triggered this response and whether I would always react the same way if caught unawares. I wondered if everyone would react this way to the same provocation. Would I have done this if my daughter was not with me? I snapped, but what does that mean from the level of brain function?

I was also stunned that I could do what I did. I don't have any martial arts training, military experience, or any experience in street fighting. I realized that we all have the capacity for sudden aggression and violence hardwired into our brain to protect ourselves and our loved ones.

Q: You ask, “Could it be that subconscious neural circuitry and behaviors designed for human life in the distant past are susceptible to triggering violence in everyone?” How would you answer that, and do you think these triggers are more common today? 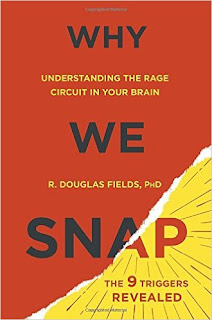 The triggers (in terms of neural circuits) have not changed, but the environment has changed radically and many situations and provocations in the modern world press on these neurological triggers of sudden aggression inappropriately and cause a misfiring of the circuit releasing sudden anger and aggression.

Add to this the increased bombardment of sensory stimulation, crowding, and chronic stresses in the modern world that put the brain's threat detection circuitry on a hair trigger and it is easy to see why snapping is increasingly common in the modern world.

Finally, add the advent of technology that greatly increases the destructive power of human aggression (guns, bombs, automobiles) and new drugs (legal and illegal) that influence the brain's threat and aggression circuitry, and it is easy to comprehend why snapping in anger is such a serious problem today.

Q: Are there methods by which people can calm themselves down and avoid being triggered and going into a rage?

A: Yes. In the book I interview many different people who control their brain's rage circuit, from elite athletes, members of SEAL Team 6, to strictly non-violent religious groups, including Quakers and Jains.

The first step to controlling anything is understanding. Understanding the rage circuit in the brain will help you control it. 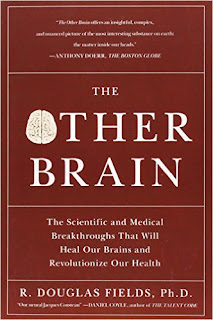 Secondly, if when you feel a sudden rise of anger you can quickly determine if one of the LIFEMORTS [life-or-death, insult, family, environment, mate, order in society, resources, tribe, stopped] triggers of rage has been tripped by the provocation, you will instantly realize two things:

1. You are in a situation pressing on brain circuits designed to release violent, even deadly, aggression.

2. If the situation is not one in which a violent response is necessary or appropriate, for example there has been a misfire of one of the LIFEMORTS triggers designed by evolution to protect us, but tripped by a clash with some situation in the modern world that these triggers were never intended to encounter, the anger will subside.

Finally, because chronic stress puts the brain's threat detection circuitry on high alert, increasing the chances of a misfire and snapping, taking extra precautions when you are feeling under stress to avoid tripping the LIFEMORTS triggers and using techniques to lower chronic stress will help prevent misfires and snapping.

Q: You’ve written, “Working in partnership, the unique attributes of the male and female brains working together are more powerful than one sex working alone.” Why is that, and what are some of the differences? 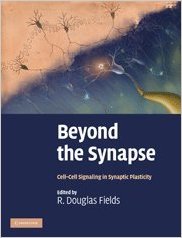 In times of stress, women utilize the left hemisphere whereas men utilize the right. This means that women in threatening situations are analyzing details while men tend to synthesize and form big-picture strategies to confront the threat. Detail and gist are antagonistic.

This is why we are constantly switching between left and right hemisphere analysis and synthesis, but in times of stress the two sexes use opposite strategies. Combine the benefits of both the male and female brain in threat detection and you have a very powerful partnership. That's how my daughter Kelly and I successfully eluded the gang pursuing us.

A: I am working on the cellular mechanisms of how the brain's threat detection mechanism works, and especially interested in exploring how non-neuronal cells (glia) are involved in regulating circuits from the prefrontal cortex to the amygdala.