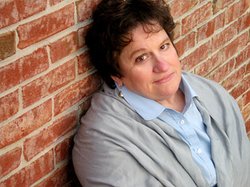 Amy Ellis Nutt is the author of the new book Becoming Nicole: The Transformation of an American Family. It focuses on a family with a transgender child. Nutt also has written Shadows  Bright as Glass and co-written The Teenage Brain. She is a Pulitzer Prize-winning reporter who covers health and science for The Washington Post, and she lives in Washington, D.C.

Q: Why did you decide to write about the Maines family?

A: In an unusual way, this book landed in my lap. I had read the Boston Globe story in 2011 when it came out, and later I received an e-mail from someone I had known, Jennifer Levi, who was the lawyer representing the family.

The family was inundated. They didn’t want to do any more media; the article was a one-off for them…but they realized down the road they might want to tell their story in a longer form…

When I first met them, I realized it was more than a story about one amazing child, it was an exceptional family story. I wanted to tell all of their stories.

The mother who was convinced that her job was to make sure her children were happy and safe, the father who struggled—probably the biggest transformation was his, a remarkable kid whose confidence led the way.

It’s a credit to her mother and eventually her father that she was not raised with a sense of shame. It’s the ordinary family and the extraordinary story that drew me to it, and to tell the science, because [Nicole and her brother Jonas are] identical twins.

Q: In the book, you write, “In some ways, the brain and the body are two very different aspects of what it means to be human, especially when it comes to sex and gender.” Why is that? 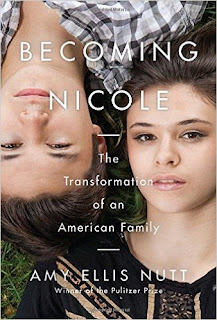 A: One of the biggest revelations to me was to learn that in development in utero, your sexual anatomy is set by six weeks but your gender identity isn’t until about six months, and sexual attraction identity is completely different, and happens at a different time.

We have to grow and develop even before we’re born. Everything’s a stage. When you think about things that can happen, there can be a great variety between the body you’re born into and the brain you’re born into. Those two things can be different.

Q: How did you research the science aspect of the book?

A: As a journalist, I’ve written a lot about science, and my beat is the brain for The Washington Post. I’m always keyed into these issues, and it comes from my philosophy background—I’m ABD [all but dissertation] from MIT. It’s tough to be original in a subject that’s been around 5,000 years!

But I’m always interested from the philosophical point of view, and interested in literature—issues of identity, self, consciousness. It’s natural for me to be drawn to that subject matter.

Being a journalist, I have access to many different databases, and I knew where to search for research on gender identity and the brain. The science is not settled, and there are insights coming every day.

I’m one of those journalists—I love the reporting and I love the writing. Usually one or the other outweighs. I’m a total geek—I love to do both. I’m lucky to have had practice with big projects, and finding the right people to focus on.

It was how to winnow it all down—simplify it without being simplistic, without suggesting this [science as of now] is all final. 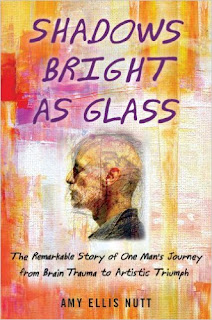 What became clearer as I was doing the reporting is that gender is not singular and not binary. While society favors conformity, nature favors diversity. It was an important revelation for me to understand that transgender and gender differences are not abnormalities but variations. That’s something I hope I got across in the book…

Q: How have attitudes toward transgender rights changed in recent years, and what do you see looking ahead?

A: I think there’s been a remarkable sea change—there’s almost been a tornado of stories in the public that have had an immediate impact on social policy. I am old enough to have seen remarkable progress on gay rights and gay marriage—the progress is breathtaking.

How quickly transgender and transgender rights have reached a consequential [level]—whatever your feelings about Caitlyn Jenner, she has a lot to do with that. You can’t underestimate the impact of a public figure coming out as transgender. It took courage.

Ten or 15 years ago, poor Kelly had to Google—she hadn’t heard of transgender—she had to Google boys who like girls’ toys…

Kids in general are more accepting, but it’s so much easier [now]—they are teaching an older generation.

There’s still huge work to be done, and there’s no better sense of that about what’s trending in the news…attempts to roll back civil rights, people looking for so-called “bathroom bills.”

It’s a flashpoint. These are easy things to get your mind around…it’s so fundamental. It’s misunderstood by people who fear this.

It’s wrongheaded to think there’s a danger from people who identify with one sex using the bathroom of the other. The last thing a transgender person wants anyone to see are the genitals they don’t identify with. 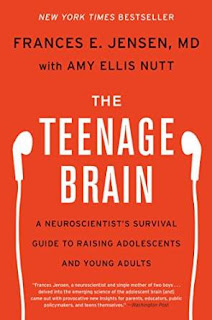 People who are transgender and appear as the other gender—asking them to use the bathroom of the birth genitals is insane and fundamentally illogical.

Science is able to help us [understand] that there’s a great variety in gender. It’s always been there. We haven’t understood or talked about it, but we’re doing that now.

Q: What do the Maines family members think of the book?

A: When they first read it, it was important for them to read it before the public, it’s very different when people talk to you and then [see it]—it was eye-opening for them.

Wayne said, I really don’t like myself, you’re tough on me, but it is the truth and I understand. It was hard to get the kids to read it; they were busy, but they felt it was fair and accurate.

It was hard for Kelly to think about her early youth, but it was very important. I think her background and different upbringing was the key to her understanding and accepting her child…in many ways, she’s the real hero…

The other thing I liked in getting to know them was each was more interesting and complex then when I first met them…They are four very self-aware individuals, and they’re good at talking about it. As a journalist, this is gold!..

Just being able to meet someone and know someone who’s transgender—you realize this is a real person, an average normal person, and not so foreign.

A: I am. I have some ideas that I’m working on with my editors and agents. I definitely want to write another book. Maybe another transgender book. I’m working on a story now for The Washington Post about elderly transgender people who have an equally fascinating story to tell.

A: It was a very joyful experience but also a really important education for me. One thing I want to mention, which people have brought up on Twitter, is the use of Nicole’s birth name, Wyatt, through half the book. It was with her consent. It makes it easier for people to understand the transition.

The gender spectrum—sure, it’s politically correct, but it’s the science. Gender really is a spectrum.

It was a joy to write this, and a learning experience, and it’s a remarkable family—they have received a lot of e-mail from people, overwhelmingly good wishes. [This] family has the capacity to change a lot of people’s minds. I expect Nicole to be really engaged [with] social and civil rights issues for the rest of her life.