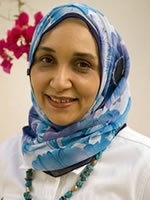 Leila Aboulela is the author of the new novel The Kindness of Enemies. Her other books include the novels Lyrics Alley and The Translator. She lives in Aberdeen, Scotland.

Q: Your new novel, The Kindness of Enemies, links two very different time periods and a variety of settings. How did you come up with the idea of combining them into one novel?

A: [I] needed a bridge to connect the modern reader to the past. So I introduced a present day character, Natasha Hussein, a half-Russian, half Sudanese lecturer of history, living in Scotland.

Natasha is researching the life of [19th century leader Imam] Shamil, [about whom I had written a BBC Radio play in 2005,] and she is a useful guide to the complexities of the past as well as having her own dilemmas in the present.

Q: How did you research the sections of the book that take place in 19th century Russia and the Caucasus, and was there anything that particularly surprised you? 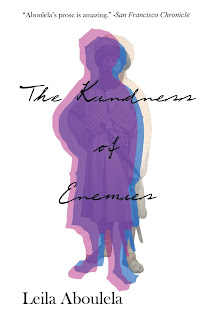 A: I had already done considerable research for writing the radio play but found that new research about Imam Shamil was published in the meantime.

The most significant resource was the biography written by his own secretary, Al-Qarakhli, mostly during Shamil’s lifetime and with his approval. Instead of having a purely Russian or Western perspective, this biography showed the difficult conditions that the tribes were living in and the extent of the hardships they endured.

From it I was able to develop the scenes of the fall of Akhulgo, as well as the escape of the family across the mountains, with Shamil carrying his son Ghazi on his shoulders.

What particularly stood out for me in Al-Qarakhli’s text was the mention of how Shamil, on going back to Akhulgo to search for his wife, Djawarat, found her fallen body trapped under the rocks.

Al-Qarakhli writes, “Her body and clothing remained so unchanged that even her lips were still moist as they rested evenly over her teeth like that of a live person.” This one sentence made a deep impression on me and I was able to develop it as a scene in the novel. 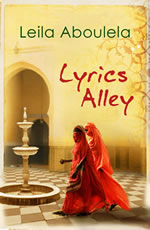 Q: The book looks at the relationships among people of different religions and cultures, and--often--the difficulties they encounter. How would you compare the two time periods when it comes to those clashes between different world views?

A: The most obvious difference, of course, is how little people in the past knew about their enemies. The Russians and the Chechens were worlds apart. Travel between the mountains and St. Petersburg was an arduous journey that few attempted and some couldn’t survive.

Shamil was unaware of the scientific and economic advances of the Russians. And the Russians knew next to nothing about his personal life.

But what interested me in particular was the difference in the concept of jihad between the two time periods. Shamil’s jihad was disciplined and restrained by traditional spirituality and Ottoman law (he regarded the Ottoman Sultan as his rightful ruler).

Shamil did not endorse suicide attacks and he eventually accepted defeat. Exiled in Moscow, he found himself admiring many aspects of Russian and Christian life. 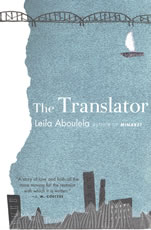 His open heart and learned mind make him completely different than present day jihadists (whether Al-Qaeda or otherwise). If he were alive today, he would have been a supporter of the War on Terror.

A: Actually my working title was "When the Sugarcane Grows," from the saying that Princess Anna ponders in the novel. “When will blood stop flowing on the mountains? When the sugarcane grows in snow.”

However, when I talked about it with my editors, Arzu Tahsin and Elisabeth Schmitz, we came to the conclusion that it didn’t really suit the novel and maybe even conjured up, in potential readers, a very different terrain.

A: I am completing a collection of short stories and gathering momentum to start a new novel. I would like to write about women and motherhood in a contemporary setting.

I have a strong image of three women friends embarking on a road trip, but so far, I know very little about them!