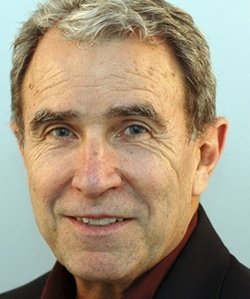 Peter Ross Range is the author of the new book 1924: The Year That Made Hitler. He also has written A Killer in the Family and Murder in the Yoga Store. His work has appeared in a variety of publications, including Time, The New York Times, and U.S. News & World Report, and he lives in Washington, D.C.

A: I discovered a gap in the literature regarding Hitler’s year in prison. It is discussed in all the biographies but no one had ever done a whole book just on this pivotal year (actually it is 16 months from the failure of the Beer Hall Putsch in November 1923 to Hitler’s re-founding of the Nazi Party in February 1925).

And, to my surprise, no one had ever done a book, in English or in German, on Hitler’s notorious treason trial, which catapulted Hitler into the national limelight in Germany. And clearly the writing of Mein Kampf deserved a closer look, I thought.

Hitler said that “the failure of the putsch was perhaps the greatest good fortune of my life.” He recognized that without having been halted in his tracks, his revolutionary approach to gaining power in Germany would have been doomed to failure. The putsch ended that phase of his political life; the year in prison guided him to the next phase, the electoral phase—the one that eventually succeeded. 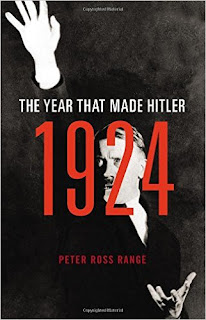 While in prison Hitler went from impetuous revolutionary to patient political player. Serving prison time bent the arc of Hitler’s trajectory from simple outrage to careful strategizing. His months in prison were his time of reflection, his 40 days in the wilderness—a period that hardened his world view and fed his soaring belief in himself and his mission to save Germany. He went from mere megalomaniac to messianic maniac obsessed with his savior’s mission

Writing Mein Kampf also significantly fed Hitler’s self-belief. The book’s most important audience was himself. The high school drop-out with no degrees and no profession legitimized himself, in his own eyes, as a serious political thinker and writer.

Q: How did you conduct your research for this book, and was there anything that particularly surprised you in the course of that research?

A: I began by reading the important biographies, especially Ian Kershaw’s. I dove into the holdings of the Library of Congress in Washington, along with the collections of the U.S. Holocaust Memorial Museum library and the German Historical Institute plus all the main university libraries in Washington. I used the Rare Book Room at the Library of Congress a bit, as well as the Periodicals Collection, which includes many German newspapers from the 1920s—but with many gaps.

Finally, I spent five weeks in 2015 in Munich working in five different archives. This was indispensable. Obviously I speak German; I don’t know how anyone could do this book without speaking German. 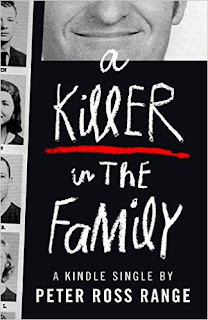 For example, I relied not only on the 1,600-page original transcript of Hitler’s trial (the English translation is very spotty), but also on a collection of 500 German newspaper clippings from the trial found by my research assistant in Munich. Likewise I read many original documents, including prison files and police documents, at the Bavarian Main State Archive and the Munich State Archive, among others.

In addition, I had the generous help and advice of the scholars at Munich’s respected Institute for Contemporary History who were preparing the new, annotated version of Mein Kampf, issued in 2016.

Also, I traveled to Hitler’s prison in the town of Landsberg, 38 miles west of Munich, where I was welcomed by the director and given a tour by a high official. Standing on the spot where Hitler had lived, slept and written his book, even though the interior walls were gone, was an eerie feeling.

Q: How well known was Hitler in 1924, and what impact did his trial have on his notoriety?

Hitler was well-known in Munich and Bavaria, but little known nationally. Before the putsch, he was one of the few politicians who could regularly fill the 6,000-seat Circus Krone, the largest indoor venue in Munich. 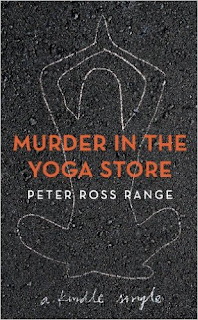 But his trial in a Munich courtroom in March 1924 shoved him onto the national political stage. Half the seats in the 120-seat courtroom were reserved for the press. Hitler made headlines almost every day for a month. All this coverage put the Nazi brand in play all across Germany.

Q: With the copyright on Mein Kampf having expired at the end of 2015, what is happening now?

A: The new annotated academic version of Mein Kampf, the first republication of the book in Germany since World War II, was released in January 2016. It has been something of a sensation, even a bestseller, with nearly 30,000 copies sold in two months. I consider this a very good thing: Germans are still intensely curious about their past and what went wrong.

There is no danger at all that this book will drive German right-wingers or neo-Nazis to greater misdeeds. The new book is 1,966 pages long, in two volumes in oversized format, and weighs 12 pounds. It is a scholarly reference book, with 3,700 footnotes and annotations. It is unwieldly to use. I know; I have a copy. See my Washington Post article.

The new book is a fabulous resource for research and understanding of the sometimes obscure sources of Hitler’s twisted thinking and contorted logic. For any right-winger seeking a political tract and guidance from the Führer, it is far easier just to download a free, unannotated copy of Mein Kampf from the Internet.

A: Writing about Hitler and Donald Trump.

A: After many years in journalism, I was delighted to find that chasing documents and mining archives is just as exciting—and sometimes more satisfying—than chasing politicians and protestors in the wild world of contemporary politics. Archival research is a great intellectual adventure.