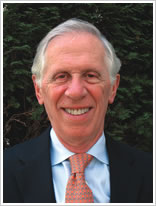 Anthony S. Pitch is the author of the new book The Last Lynching: How a Gruesome Mass Murder Rocked a Small Georgia Town. His other books include Our Crime Was Being Jewish and The Burning of Washington.  He has worked for the Associated Press and U.S. News & World Report, and he lives in the Washington, D.C., area.

Q: Why did you decide to write a book about this lynching case, which took place in rural Georgia in 1946, and how did you research the book?

A: I have wanted to write about a lynching - the murder by mob action without a trial - since 1998. However, I never found enough documentation to research until six years ago, when I began this book.

That was when I got about 10,000 classified papers from the FBI and the National Archives, mainly through the Freedom of Information Act. I was also astounded that one of the victims was a veteran of World War II. 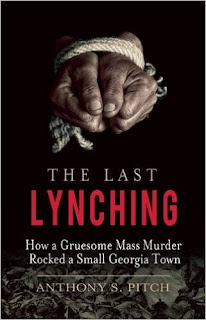 Writing about a mass lynching would pit innocents against vigilantes, show the horrors of rogue actions, expose corrupt juries, and record for posterity an evil slice of American history.

Q:  The case you write about still hasn’t been solved. Do you have suspicions about what unfolded, and do you think more information will ever come out?

A: The case remains unsolved and is likely to remain so because the mass lynching took place in 1946. Since then, suspects, key prosecution witnesses, and investigators have either died or are elderly, and records have been lost or destroyed.

It is unlikely that more information will surface because of the lapse of time and the federal government’s disclosure that the grand jury records no longer exist. I have my suspicions on some men who may have been involved, but it is merely conjecture.

Q:   How did you choose the book’s title, and what does it signify for you?

A: I did not choose the title, which was selected by my publisher. My suggestions were overruled, as is normal in the publishing world. 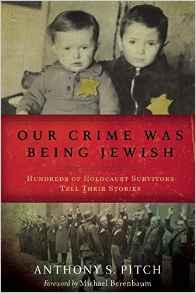 Q:   What is the legacy of this case today?

A: The legacy of this case today is that vigilante justice will no longer be tolerated. Neither will corruption of the juries, which were then biased against people of color.

Additionally, a social system that allowed black people to be intimidated and looked upon as serfs on white-owned farms will never again be accepted by public authorities.

A: I am finishing up a 200-page book, as my private gift to descendants, of a marvelous Kansas City lady who was director of entertainment and substitute nurse for thousands of wounded doughboys in World War I France. On the ship coming home she met and later married a Brooklyn man who saw combat in France during the same global conflict.

Research was done mainly at the Library of Congress and the National Archives, with more material received from descendants in Wisconsin and Princeton. 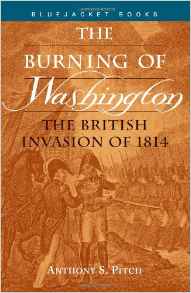 Q:   Anything else we should know?

A: My attendance at the annual reenactment of the lynchings in the Monroe area of Georgia, plus the documents I unearthed during research, now lead me to believe that the FBI did a superlative job of trying to identify the killers, but they were hampered by lack of jurisdiction.

They could not demand suspects’ weapons, or their signed statements. The 20-man squad conducted 2,790 interviews but were unable to link state lawmen or officials to the killers, which would have proved a conspiracy and given them jurisdiction.

The Georgia Bureau of Investigation, which normally handled murders, lacked the manpower, skills, and resources to take on the case, and very early on distanced itself from the probe.

I have also proved that the abominable tale propagated at annual reenactments, of a fetus being cut from the body of a female victim, is untrue and should be excised from future gatherings, as well as withdrawn from assertions made in social media.

--Interview with Deborah Kalb. For a previous Q&A with Anthony S. Pitch, please click here.
Posted by Deborah Kalb at 5:44 AM