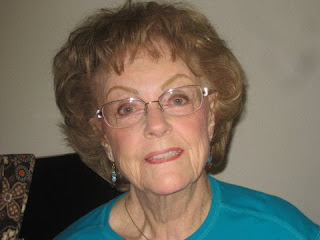 Legh Townsend is the author of the novel Land of Sumer: Awakening in the Desert. She also contributed to the book Supernatural is Natural. She lives in Southern California.

Q: How did you come up with the idea for this novel, and for your main character, Anyora?

A: What happened was I was studying metaphysical things. I went to a past life regressionist. The character in the book is one of my past lives, if you believe in that.

She stayed in my mind for many years. I would write things down about her, and it went into a book. I added to it…it’s not a true story.

I started writing the book, and a friend who’s a psychic counselor wanted to write a book [and I was working on it with her. The book is] Supernatural Is Natural. She had two strokes and couldn’t remember we were writing the book. I finished it and published it.

I went back to my book. We moved to the ocean, Dana Point, and I would think, and take some time, and that’s how it was.

Q: What exactly is the process for doing a past life regression? 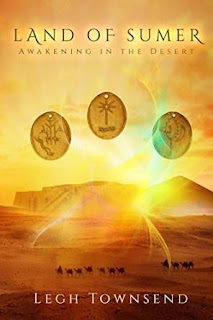 A: Usually there’s a hypnotist who puts you in a trance, and through his or her talking to you—I do past life regressions—you take the person back. You imagine a calendar with pages leafing backward until the person stops--“I have a feeling!” You go into that feeling or image and talk about it, and the person describes it.

Q: So you were having that kind of experience?

A: And I remembered parts of what became the book.

Q: What type of research did you do on Sumer and other ancient civilizations?

A: I knew it was Sumerian and about the time that she lived. I started writing about the area she lived in…The city in which she lives is a made-up city. It’s not a real city of that time.

I did a lot of research on the Sumerians and how they lived. At the time, they were studying new ways of writing. In various books I researched, they unearthed…plates that have writing on them. I was hoping they found ways to write sounds…

Q: Who do you see as the readership for this novel? Adult? Young adult?

A: After I published it, I had many people saying it sounds like a young adult book. It’s not listed as that, but it’s open to any people—a little science fiction, a little history, romance.

A: I have always read science fiction. Isaac Asimov, all the other writers of his day and our day. I like mysteries—trying to figure out who done it. I like stories, I like plots that are interesting and carry the reader along.

Douglas Preston and Lincoln Child [write] whodunits in a science-fictiony way….Elizabeth Peters—she wrote about the Egyptians. I really liked those. 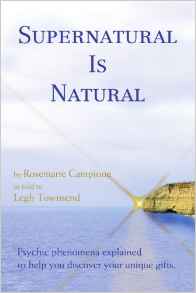 A: I’ve been toying with the idea for years—my parents were entertainers. My father was from Germany, and was an opera singer…he came to the U.S. when he was 8 or 9 and was in the boys’ chorus and sang in the opera in San Francisco. He went back, and came back when he was 18 or 20, and was a principal.

My mother was the rehearsal pianist for the opera house. That’s how they met, and how I came to be. I’ve never been to Germany—I would have to start with him in Hanover. I’m toying with the idea.

Q: Would it be fiction or nonfiction?

A: It would turn into fiction—my parents are not alive now and I couldn’t get the absolute facts.

A: The scientific part of it. The science fiction part of it is the transference of blood DNA from some planet very far away into us. I believe other planets have had an influence on our history in the past. That’s my secret belief. Not everybody would agree with me, but I’ve had it all my life.