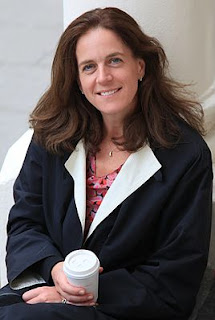 Clare Clark is the author of the new novel We That Are Left. Her other novels include The Great Stink and Savage Lands. Her work has appeared in The Guardian and other publications, and she lives in London.

Q: How did you come up with your characters, Oscar, Jessica, and Phyllis, and why did you decide on the World War I time period?

A: We That Are Left grew out of a conversation I had several years ago about the First World War. The effects of that conflict were profound for Britain: not only was the nation in deep shock (in England alone nearly 900,000 men lost their lives and millions more suffered devastating injuries) but it was also coming to terms with a new world.

It is not an exaggeration to say that the war destroyed or transformed almost all of the fundamental assumptions of Edwardian life: socially, culturally, politically, economically.

War challenged the old class divides: officers and privates who had depended on one another for their lives in the trenches could not return to the old feudalities, while factory work liberated the working class from the bondage of domestic service.

Without servants the grand houses of England were impractical white elephants, while crippling taxes on inheritance made it harder and harder to keep them going.

Women who had been brought up to be wives and mothers found that there was a scarcity of husbands; after the census in 1921 the Daily Mail newspaper ran a headline bemoaning the “Surplus Two Million” who would never find marry. Instead they would have to work to support themselves.

What would any of us do, I wondered, what decisions would we make, if the future we had imagined for ourselves had turned out to be an illusion? How would we redraw the shapes of ourselves in sand that had been not only wiped clean, but swept right off the beach?

I had written about spiritualism in a previous book and had always thought it was a Victorian phenomenon but, as I read, I discovered that the high point of spiritualism was during World War I, as grieving mothers, wives and sisters tried desperately to reach out those they had lost.

Nowadays it is easy to dismiss spiritualism as mumbo-jumbo, a hoax cooked up by unprincipled swindlers to exploit the vulnerability of the bereaved, but that was not how many saw it at the time. 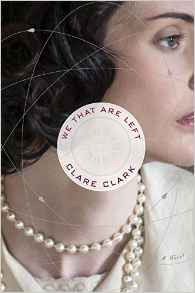 The first decades of the 20th century were the age of X-rays, of radio waves, of the first experiments with radioactivity. If it was possible to pick up the voice of someone many hundreds of miles away by means of a crystal set, why not a contraption that could pick up the voice of someone who had passed on? Marconi, the Italian inventor famous for his work on radio transmission was working on such a device when he died.

Meanwhile Pierre Curie, who with his wife Marie Curie won the Nobel Prize in 1903 for their work on radioactivity, attended a series of séances in the belief that they might assist with his scientific researches. I am a sceptic but I was not at all sure that I too would not have chosen to believe.

And yet, as always, that was not the whole story, because, at the same time, in laboratories across Europe, physicists were making extraordinary discoveries.

For the first time it was becoming clear that the atom was not the smallest unit of matter, that in fact an atom was formed of a nucleus around which electrons moved in pre-ordained orbits. According to the rules of classical physics this should have been impossible.

Even more startlingly, experiments seemed to prove that the electrons “jumped” from one orbit to another and, while the probability when and in which direction they might do so could be calculated mathematically, it was impossible to know absolutely when it would happen. In the subatomic world, it seemed, there was no such thing as cause and effect.

This struck a huge chord with me, that, as millions of young lives were lost to the senseless slaughter in the trenches, science was declaring the world to be random at its core.

The structure of the newly discovered atom also seemed to me to be a powerful analogy for the devastation of war, albeit a very unscientific one. So many families lost their vital centre or nucleus, leaving the electrons who were left behind were left to describe orbitals that no longer had a centre.

With the golden boy gone, what happened to the father who would have handed down the family house or business, the obsessively adoring mother, the sisters who, for better or worse, had always lived in the shadow of their idolised big brother? 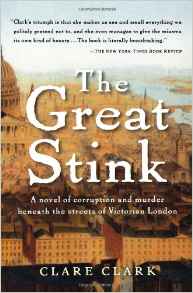 The characters of Oscar, Jessica and Phyllis all grew from the seed of this idea.

As sisters of beloved Theo, Jessica and Phyllis have defined themselves, albeit in very different ways, according to his shape: with his death and all the changes that war has wrought, they suddenly have to face the possibility of lives that will be quite different from the ones they had been brought up to expect. One is grateful for the freedom the new world offers, the other shattered by the destruction of her dreams.

As for Oscar, as he is drawn into the Melville family, he becomes the person everyone increasingly looks to substitute for Theo, even though the two boys could not have been more different. The ways these three contrasting characters find to deal with the grief of loss and a new, upside-down world provides the centre for my story.

Q: You tell the story from Oscar’s and Jessica’s perspectives, but not from Phyllis’s. Why did you opt to write the book that way?

A: To be completely honest, I started out on this novel not realising how important a character Phyllis would turn out to be. At the beginning, therefore, I decided against giving her her own voice.

But as the novel progressed, and she became a crucial part of the story, I made a conscious choice to leave the narrative structure as it was.

Phyllis is an outsider, a profoundly private person whose self-possession is almost a kind of armour. She is hugely uncomfortable with emotional vulnerability. At bottom she does not want to be known.

I therefore felt that her character was best explored from the point of view of those who loved and lived with her, rather from the inside out. However much he loves her, Oscar always feels she is slightly beyond his reach. I wanted the reader to feel that too.

Q: One of the book’s themes involves inheritance and family. Why did you choose that as a topic on which to focus?

A: As a member of a large family, I have always been fascinated by the dynamics of family. Inheritance is a particularly interesting issue, partly because of the fundamentally divisive nature of a system based on the “winner takes all” hereditary process that favours the first-born male, and partly because the idea of passing on a house, and therefore a fixed way of life, from generation to generation is such a double-edged sword.

Is it a privilege, as Jessica believes it to be, or is it a burden, a way of denying people self-determination, as Phyllis thinks? I am always drawn to writing about those subjects on which I have yet to make up my mind.

Have I decided yet? In the end I think I probably have to agree with Phyllis that freedom is always preferable, although her stubborn lack of sentimental attachment to things goes too far for me.

Q: Your books are set in various historical time periods. Was one of those periods especially fascinating to research?

A: I’ve loved the research for all my novels. It takes between six months and a year to prepare myself for one of my books so I have to choose an era and a theme which will hold my attention fully for all that time, and for the year after that while I am actually writing the novel. 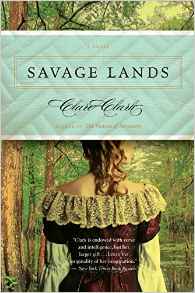 In order to write convincingly I need to be completely steeped in the period which means discovering all sorts of arcane stuff as well as understanding the bigger picture and I adore that, whether my focus is in Victorian London or with the first French settlers in Louisiana.

Having said that, I did find the research for Savage Lands particularly interesting. Savage Lands tells the story of Elizabeth, a French girl in 1703 sent with her wedding dress in a ship to New Orleans, to marry a man she has never met.

The historical sources are incredibly limited so, once I had devoured everything that was available, I was forced to imagine a world that might fit the scaffolding I had built. I found that a glorious challenge.

A: I don’t really like talking about a new project as I don’t like to jinx it but I can say that it is set in Weimar Berlin in the 1920s. Having explored the aftermath of World War I in We That Are Left I really wanted to look at the other side. How did the Germans come to terms with their equally devastating losses, given that they did not have the comfort of having won the war?

It is also a novel about art and the creative impulse which I have wanted to write about for a long time. For a few glittering years, in the mid-1920s, Berlin was the artistic epicentre of Europe, producing some of the most innovative and radical writing and art of the modern era. Only years later, Hitler and the Third Reich would ban their work and exile the artists who made it. Watch this space!