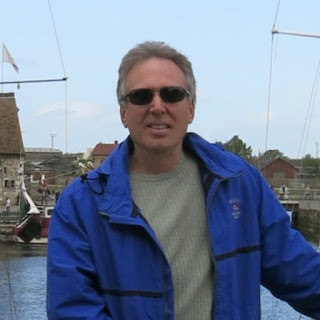 Michael H. Burnam is the author of the new young adult novel The Last Stop. He is a medical doctor based in the Los Angeles area.

Q: How did you come up with the idea for this book, and why did you decide to write for young adult readers?

A: The second one is the easier one—I had a miserable time [in school with bullying] and it stuck with me. Fast forward years later—the day inspiration hit me to try something literary, that was a topic that was near and dear to my heart. Mickey [one of the main characters] sounds a lot like Mike…

I’ve always loved the duality between what’s science and not science…I’ve always been fascinated with evolution and where’s all this going. It’s my way to answer the question, about aliens coming to earth—Why would they want to come and say hi? And if they did, who would they want to talk to? The president of the United States, or the most dynamic people on earth: teenagers?

Q: So with bullying a main theme in the book, how did you decide on who Mickey’s friends would be?

A: It is my life—the two male protagonists, you’d have to describe them as nerds. Vickie is the prototypical high school in-crowd girl who gets hives if she has to talk on the same side of the street as Mickey. Pam has a disability…all the kids have their own issues.

What the book is really about is when you’re back home after you’ve been beaten up, wouldn’t it be nice to have powers so you could confront those bullies and win the next time? Would the issue of benevolence come up?

The book is about the proper use of power. One of the themes is that one of the traits of human beings is benevolence. The [aliens find that] without benevolence, it just doesn’t work. 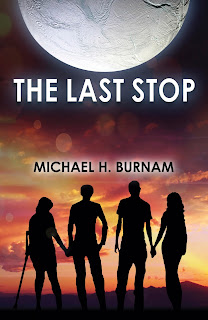 Q: Do you have any favorite science fiction authors that inspired your own work?

A: Jules Verne, by far. I also love Carl Sagan, I’m very much inspired by his writing, but he’s [more] a science writer.

Q: In addition to your fiction writing, you also are a doctor. How do the two fields coexist for you?

A: It’s interesting. Last night I was at my very first book signing. It’s kind of like selling Girl Scout cookies—you’re at a table hoping someone will buy the book. It’s very fun. This morning I was wearing a white coat, going into the intensive care unit.

Switching roles is interesting, but it comes down to relating to people. I became a doctor, not a physicist, because the human element was there. There are successful doctor-writers—I would love to be one some day. The good ones have a human element that comes out in their writing.

Q: What message do you hope readers take away from your novel?

A: I think there are two messages. First, one minor diversion—I was asked some questions last night, and the first was, On the cover, is the flying saucer upside down? I’ve never seen a flying saucer, so I don’t know!

The other was, Are you really going to give the money for the book away? The book started as a screenplay [and generated some interest. Then] I got a phone call, and they said, We’ve changed our mind, we’re not going to make the movie. They said, Nobody dies in your book! We want The Hunger Games, teenage vampires.

That night, I went to Barnes and Noble and looked on the shelf of young adult books—most of the books were under the title, Dystopia. What’s wrong with our world? What’s the matter with a book with a happy ending where nobody dies?

This is my chance to give back. If the book sells, I would give all the money to teen charities and teen hotlines. That’s what the book is about to me—my life, and bullying, with a good message. I hope it’s picked up because it’s a good read, but [also] because I want to help kids.

A: It’s a five-book series. The second is already written. The publisher is hoping to bring it out next January…the third one is halfway written.

A: I hope people will see the book on two different levels…I wanted something fast-paced with the cachet of ET or Close Encounters. I’m also hoping people will pick up on the science fiction premise. I enjoy talking about the premise—why would aliens visit us?

There’s the other theme of bullying and the proper use of power. The world is messed up now, and if this changes minds, it wouldn’t be so bad.