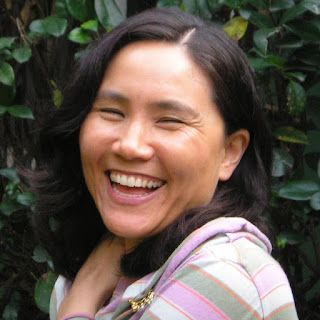 Jennifer Tseng is the author of the novel Mayumi and the Sea of Happiness. She also has written the poetry collections The Man With My Face and Red Flower, White Flower. She teaches for the online writing program 24 Pearl Street, and she lives in Brookline, Massachusetts.

Q: How did you come up with the idea for this novel, and for your main character Mayumi?

A: So many things inspired the novel. Patricia Highsmith’s book The Price of Salt inspired the premise. Person in a mundane setting, stranger walks in and everything changes. I love that storyline.

Living in a small town where slowly, over time, I came to feel part of a supportive community led me perversely to the thought: What would happen if I were to do something to violate the trust of this community whose support I value so much?

I started out interested in the moral dilemma, the consequences, public humiliation, that sort of thing. But I quickly lost interest in these. The more I wrote the more I grew interested in writing about desire, memory, pleasure, friendship, the passage of time, the island.

One has a very heightened sense of time passing on Martha’s Vineyard - in part due to the seasons which to a Californian are quite pronounced but also because of the labor cycle, the various tourist seasons that begin and end at the same times every year, the pattern of visiting, coming, and going.

Suddenly the roads and the shops are crowded again and you think, oh god, another year has gone by already! 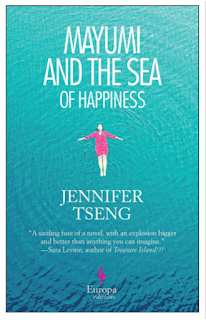 Q: The novel takes place on an island, and can you say more about the impact you see that having on the story, and how important setting is to you in your writing?

I fell in love with the island of Martha’s Vineyard, its people, its palette, its way of life, while living there for almost nine years. Whenever I returned from trips off island, I literally felt my pulse slow when I sat down on the ferry and then again more deeply when my feet touched the ground.

I loved living in a place where my child had grown up, with the people who shared her childhood. I loved knowing who grew the greens and baked the bread that we ate, that kind of thing.

Our house was on the market when I wrote the book and I was, without always doing so consciously, making every attempt to salvage and savor my memories of the place.

It became a kind of love song to the island and its people. Now that we have left the island, I’m grateful to have Mayumi as a memento.

As for setting in general, I don’t usually think very consciously about it. In the case of Mayumi it just happened to be, without me intending it to, an important part of the book.

Q: The name of the young man—one of the book’s main characters--isn’t mentioned. Why did you decide not to name him?

A: As a matter of fact, I did name him. The young man has a name, but I decided to omit it. To reveal his name would have been a breach of Mayumi’s privacy. He is her secret. Her secret gives her happiness.

His name is like a sacred object, both a piece of evidence and a souvenir; she loves to keep it to herself, she loves to hoard it. Of course, I can’t tell you what it is. 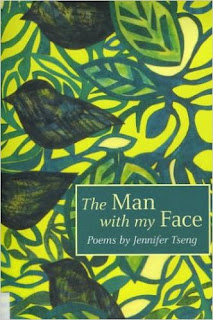 A: My working title for the book was The Island. While I still like that title very much I changed it for several reasons.

By the time I was done writing, my use of the island as metaphor had become so pronounced that to have this title felt heavy handed to me.

Then too, there are already at least two fairly well known contemporary novels that bear this title.

I wanted a title like that, a title that belonged to my book and no one else’s. So I did a version of what he did, I took a line of text from my novel (“I lay prone, motionless, dreaming, an island of sorrow surrounded by a sea of happiness.”) and combined it with a character’s name.

As it turns out, I didn’t really give up my first title, for Mayumi and the Sea of Happiness is another, more specific way of saying The Island. What I like about the new title is that it’s dynamic. Its meaning changes as the story unfolds.

A: I’ve been working on a lot of different things lately. Poems, essays, a short story even (highly unusual for me), but underneath it all, what I am always thinking about most is my first novel Woo which I wrote Mayumi to escape and which is still in progress.

Mayumi was a delightful holiday for me and I have returned to thinking about Woo with a new vigor. It is the imagined story of my father’s life, an immigrant’s story and the story of an interracial marriage. 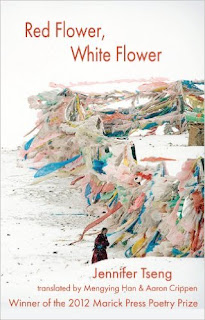 A: I’m very excited that the Danish rights to Mayumi have been acquired and that the Italian translation is coming out in June.

I read a lot of international literature and a lot of literature in translation. Three of my favorite books last year were Magda Szabo’s The Door, Kamel Daoud’s The Meursault Investigation and of course, Elena Ferrante’s Story of the Lost Child.

So far, for me, 2016 has been the year of novels written by poets. Alexander Chee’s The Queen of the Night was a dream I didn’t want to wake from and I have Garth Greenwell’s What Belongs to You and Idra Novey’s Ways to Disappear on my nightstand.

Poet Chantel Acevedo’s 2015 The Distant Marvels is there with them too. Speaking of distant marvels, I’m really looking forward to Anelise Chen’s So Many Olympic Exertions forthcoming with Kaya Press in 2017, as well as whatever Hanya Hanagihara might dazzle us with next.