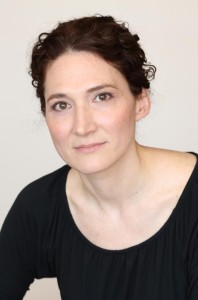 Sari Wilson is the author of the new novel Girl Through Glass. She also co-edited the new book Flashed: Sudden Stories in Comics and Prose, and her work has appeared in a variety of publications, including Agni and the Oxford American. She lives in Brooklyn.

A: It was a decade-long project for me—I started out trying to write a memoir about my early dance experience. That was the earliest form of this project. But the memoir idea never really worked. Then the characters began to emerge, especially the character of Mira.

My job became to follow Mira. The novel really is fiction—where Mira goes and what she does drew on my experiences, but it is fiction.

The book is in a lot of ways the inverse of my life. For example, Mira’s home life is very difficult, whereas my was very nurturing. Her experience in the dance world takes on a level of urgency in her bid for survival.

Maurice is fiction too. I resisted him for a time. He is such a complex character. But after a while, I realized I had to follow him too. 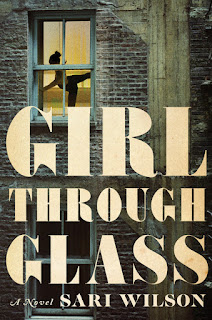 A: I didn’t plan out any of it before I started (which perhaps is partly why it took me so long!). So first I wrote Mira’s storyline. I showed it to people—there was a question about whether it was YA, but the feeling was that the tone of it wasn’t YA, but clearly an adult novel.

At the same time, I felt clearly that the book wasn’t done, and around the same time the Kate’s character’s voice started coming to me. Then…I started writing her storyline.

As I wrote Kate’s storyline, I based it off of Mira’s storyline. Her story was much less organic, and had a mystery element, which felt like it gave the whole book some structure.

At this point, I started making lots of plans for structure—charts and maps to understand the sequence of revelations…every major revelation that happened in the book was a revelation to me!

A: I didn’t research the ‘70s in New York; that was my childhood. It was based on my memories. I grew up in Brooklyn Heights—the house in the book is based on the house I grew up in, which my parents bought in 1972.

When they bought it, it was in total disrepair and hadn’t been touched in 80 years. My childhood was spent in that house—I have three brothers and we all worked hard to bring this house back to life.

My parents are still together, but there were a lot of kids I grew up with whose parents split—and it often seemed that it was out of a desire to realize or discover certain aspects of themselves that ended up putting so much stress on their marriage.

I think I wanted to capture some of that in Mira’s parents. [The parents in the book] were composites of people I knew.

When I moved back to New York and I couldn’t believe how much New York had changed. It just felt like a totally different city. I though: I have to get into my writing—how can this city I knew as a child be gone?

It became very cathartic and painful to go back to my childhood. I had a great childhood. I didn’t see [New York] as ugly, because I was a child—even though in some ways it was falling apart. However, I did do a lot of research on the ballet end of things.

A: No, I really don’t. I danced through college. Then I had surgery, career-ending surgery. At the same time, I started to write seriously, and I think I transferred my artistic aspirations over to writing. I do yoga, Pilates, I experiment with various types of movement, but I haven’t been able to dance in the same way.

A: The title for me has a lot of different resonances. It refers to
Alice in Wonderland for me—Through the Looking Glass. The notion that things are not always as they seem. One world contains another world, which contains another world. In these worlds, the rules are different. That sense of disorientation that gives, especially to a young girl. I think that’s the primary allusion for me.

Also the idea of the visual motif of glass became very important to me. It comes up again and again—the glass enclosure Maurice puts Pavlova’s shoes in, the things contained within glass that can be seen—all of that is contained in those phrases.

A: It is both. Successful fiction has to have characters who are dynamic in their own right. It’s her particular story. That’s why I spent so long writing the book. I’m fascinated by her.

At the same time, I wanted the book to contain something larger—questions about being a woman in our world. Ballet seemed a perfect crucible for the pressures girls face. 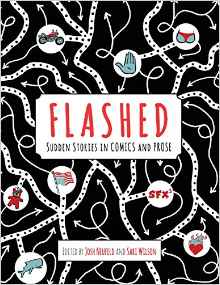 And in a larger sense, how do we navigate our greatest ambitions when they take us into dangerous territory—but there is something beautiful about aspirations on a high level but something dangerous as well. That was the larger human question I was wrestling with through this girl’s narrative.

Q: You also have another new book out. What can you tell us about it?


A: Flashed: Sudden Stories in Comics and Prose is an anthology of flash fiction (very short fiction) edited by myself and my husband, cartoonist Josh Neufeld. It’s also kind of an art project: a creative jam session among cartoonists and prose writers.

A: Right now my job is to stay in this world. I’m writing essays connected to the book about ballet and the pursuit of beauty. I had a piece in The New York Times about my daughter in the Nutcracker.


I have another novel I started last spring—it is waiting for me. A novel is demanding. That one will be there when I have space to get back to it.

A: The question of the Maurice character. I do get questions about him and what he represents, was there such a person in my life. It’s important to say he is a fictional character, who came out of realizing this is the terrain I’m going into with Maurice.

As a child dancer there is so much power in your body but it’s out of your control. Adult figures were sets of eyes who would come in and judge us. This was the strong sense I wanted to create a character around.

He became a very human character to me within his damaged past, his desire for healing, and what ballet represents to him is human. I don’t see him as a monster. I see Mira and Maurice as damaged people trying to heal themselves.