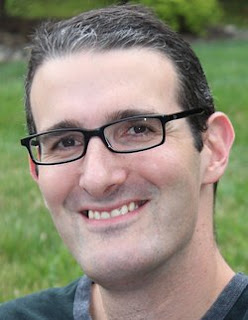 Howard Megdal is the author of the new book The Cardinals Way: How One Team Embraced Tradition and Moneyball at the Same Time. His other books include Taking the Field and Wilpon's Folly. He lives in Rockland County, New York.

A: So my curiosity over the success the Cardinals had sustained for the previous decade-plus led me to come out to St. Louis in the summer of 2013. I spent several days with decision-makers, and came away with the what, but not the how or the why of the Cardinals.

And I understood I'd need to spend far more time and have far more space to write to accurately capture it all. Hence, I'd say the best way to define that term is contained within the book.

Q: You write that the Cardinals’ success unites tradition and “Moneyball” analytics. Do you see that success continuing, and have other teams embraced the same philosophy?

A: I do, though the gap between the innovations utilized by the Cardinals and the rest of baseball have narrowed considerably. The Cardinals are really the blueprint now.

Q: What is the status of the investigation into a hacking scandal involving the Cardinals?

A: The sentencing for Chris Correa, former scouting director who pleaded guilty, is April 18. We await MLB's decision on any discipline against the team. 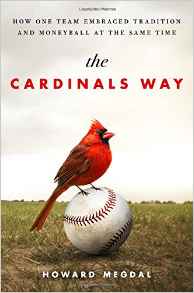 Q: How do you think the Cardinals will do this year?

A: I think it is always a fool's errand to pick against the Cardinals.

Q: You’ve also written about the Mets, and you’re a longtime Mets fan. How does their approach compare to that of the Cardinals, and how do you see them doing this year?

A: The Mets, under Sandy Alderson, have embraced analytics, while their ownership's financial limitations more than evened the market playing field. So there are similarities.

A: I am the Contributing Editor for Excelle Sports, a new site devoted to women's sports, and it is tremendously exciting. I continue to write at POLITICO New York, USA Today and VICE Sports. You can follow me on Twitter @howardmegdal.

A: My wife and daughters are fantastic.