Richard Jenkyns is the author of the new book Classical Literature: An Epic Journey from Homer to Virgil and Beyond. His many other books include Virgil's Experience and The Victorians and Ancient Greece. He is the Emeritus Professor of the Classical Tradition and the Public Orator at the University of Oxford, and he lives in Oxford, England.

A: Some people think that the differences between the two poems, in (for example) attitudes to the gods and their moral function, to the possibility of the afterlife, etc., are too great for them to be by the same author.

There are other more technical arguments: that sometimes the author of the Odyssey seems to be imitating the Iliad in ways which suggest that he didn't fully appreciate what the earlier author was trying to do, some difference of language, etc. All these arguments are contested, however. My own position is agnostic.

An older argument (about both Iliad and Odyssey) is whether the poem is the work of one author or many. Here I have a firm view: that each is essentially the work of a single author, but using traditional material. 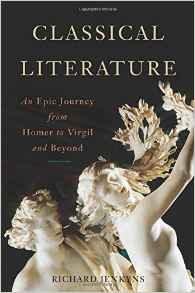 Q: You write that “it seems always to have been agreed that by far the best tragedy came out of Athens and within a period of less than a century.” What about that particular time period lent itself to this cultural feat?

A: A Roman writing in the 20s AD asked the question: why is it that the best periods for any genre of literature are short? Tragedy was one of his examples.

His answer was that “genius is fostered by emulation.” A genius finds some new kind of literature in which to shine. He inspires others. But then the seam gets worked out, the ideas get repeated, and the quality declines.

I think there is something in this. Aeschylus, the first of the great tragedians, was one of the most astonishing literary geniuses ever. He opened the way for his brilliant successors.

But why Athens? It has also amazed people that one city produced so much talent in so short a time (the philosophers Socrates and Plato, the historian Thucydides, the orator Demosthenes, the statesman Pericles, the sculptor Phidias, the Parthenon).

It would be nice to think that democracy was the catalyst; I'm not sure about that, but it is probably true to say that there was an exceptional openness to questioning and experiment. 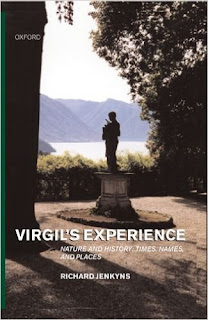 Q: Of the Romans, you write, “An original achievement of the Romans was to invent imitation.” What impact did the Greek tradition have on Roman writers?

A: It is hard to overstate the pervasiveness of Greece in Roman culture. For centuries, all their poetry was written in Greek metres. They took over Greek mythology wholesale, and used it in many of their greatest works.

Architecture and sculpture too were patterned on Greece, although in due course they made technical advances which eventually sent their architecture in new directions.

The speech of educated Romans was peppered with Greek words and phrases. The eastern half of the Roman Empire remained Greek-speaking, and the Romans don't seem to have made any serious attempt to change that. 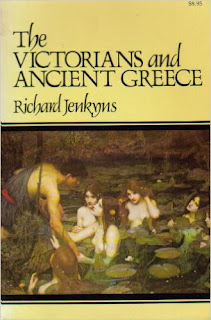 Q: You discuss the meaning of the word “classical” in the book. How would you define it?

A: “Classical” is an annoying word, because it is used in different senses. In the sense of my title, it means “of ancient Greece and Rome.”

In another sense “classical” denotes a stress on formal perfection, balance, sense of tradition, etc., and is contrasted with “romantic” (stress on personal expression, passion, irregularity, etc.). In yet another sense it denotes a particular kind of cultural authority (here sometimes “classic” instead of “classical”).

“Classical music” is a further complication. In fact even within music, it has two senses. “Classical music” is usually what is sometimes called “art music,” but the word is also used of the age of Haydn and Mozart (as in Charles Rosen's The Classical Style), and contrasted (again) with the romantic music of the next generations.

It is a nuisance that we have one word for these different things, but we have to live with it. In my book I pointed out that plenty of “classical literature,” in the first sense, is “romantic” (another elusive word) in the second sense.

A: I am writing a book about Aeschylus' trilogy, the Oresteia.