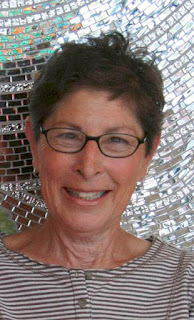 Bev Magennis is the author of the new novel Alibi Creek. She worked as a visual artist for 35 years and then turned to writing. She lives in Albuquerque, New Mexico.

Q: How did you come up with your characters Lee Ann and Walker?

A: I lived out in the New Mexico wilderness for 17 years. While I was there—it’s very remote—there were seven unsolved crimes in that county. Walker’s disappearance was based on one of those disappearances. The characters are totally made up, but that disappearance gave me the idea for the book.

Q: The book deals with a variety of family relationships, centering on a sister, Lee Ann, and brother, Walker. Why did you decide to focus on a sibling relationship in this book?

A: I think romantic relationships are the main focus [of many books]—when we read, we love to read about romance. But in a family saga, sibling relationships can be really important.

I could have had her playing versus her husband, who’s not a religious man [whereas Lee Ann is religious], but Walker was so opposed to her beliefs—there was a constant struggle she faced between good and evil…

A: I knew how it was going to end because of the basis of the story, but I didn’t know the twists and turns the story was going to take. 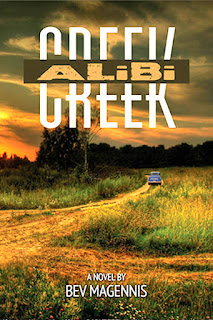 He was the main character in the beginning, but my agent and publisher said he remains an asshole throughout but Lee Ann goes through a transformation. I had to change the focus from him to her, though in my mind, they’re pretty equal.

Q: So was the focus switched because he didn’t seem very sympathetic?

A: It was because he doesn’t really change. From beginning to end, he’s just [off on] this wild hare and [is] amoral, while she’s struggling—with him, with her marriage, with God. At the end she gives up a personal God and is transformed.

I think they saw that as the main story. It was hard for me to give up on him as the main character. He’s the most like me. His mind flips around all over the place!

Q: The book is set on a ranch in New Mexico. How important is setting to you in your writing, and do you think this story could have been set anywhere else?

A: It could only have been in this setting, to me. To me, that setting is crucial to all my writing. It’s an area that has its own law. I’m interested in the effect of isolation on us—spiritually, emotionally, psychologically. Relationships are more intense.

Also, there’s so much space in New Mexico—it seems important for my characters, too, to be let loose in a space with [its own] rules.

Q: You’re also a visual artist. How do you think writing and visual arts coexist in your work?

I got another fellowship to Los Angeles for six months. I took a class with Ian Randall Wilson—that was my first in-depth look at the craft of writing.

It’s so different from visual arts, because you’re dealing with words—that’s a struggle for me. Dealing with colors and shapes is more fun. Writing doesn’t seem to come naturally to me, but I want to tell these stories.

Q: You mentioned a new novel you’re working on—can you say more about that?

A: I’m working on another story [about a woman] who lived six miles from her closest neighbor. A Mexican illegal [immigrant] shows up on her property—this guy shows up and a love story develops between them, but not a conventional love story. They can’t communicate; he disappears and comes back. It’s her story, and his.

A: The people in that area are so unique, you can hardly believe these people exist and endure in extreme isolation, and that phenomenon was and still is so interesting to me.

Religion is also a major theme with me as it is a theme with them. I’m an atheist; I’m not religious at all. It’s always fascinating to me how Jesus is a huge part [of their lives]. You turn to the Bible, to an imaginary friend--when you’re living in isolation like that, religion is important.