Q&A with David A. Kessler 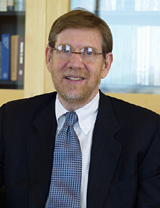 Dr. David A. Kessler is the author of the new book Capture: Unraveling the Mystery of Mental Suffering. His other books include The End of Overeating and A Question of Intent. A pediatrician, he was commissioner of the U.S. Food and Drug Administration during the George H.W. Bush and Clinton administrations and has been dean of the Yale and University of California, San Francisco medical schools.

Q: You write, “When something commands our attention in a way that feels uncontrollable and, in turn, influences our behavior, we experience capture.” How did you come to this conclusion, and how did it connect with your work on food and tobacco addiction?

A: It started with tobacco. Back in the early 1990s as part of our investigation into the industry, we had to learn everything about addiction. Science has evolved over the last two decades.

Addiction is a cue-induced wanting, based on past memory—it grasps my attention and narrows my attention, and stimulates thoughts of wanting: If I smoke, that calms me down and makes me feel better. Next time I’ll do it again. It strengthens the neural circuits…

Addiction really is our learned behavior to this response. That was a decade learning about addiction. Then I became very interested in the chocolate chip cookie and why it has power over you—it’s gooey, warm, you can smell it, your attention will go to it, and there will be the urge to consume. The hand will go to the chocolate chip cookie because the brain is engaged.

A few minutes of bliss, and then a few minutes later, I say, Why did I do this? Then I get cued again. That was the last 20 years, focusing on [food and] eating. 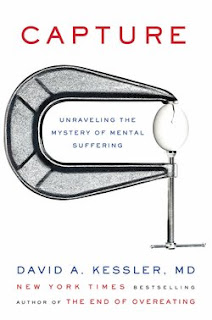 The question is, is that mechanism by which our attention is seized and there’s arousal and it stimulates thoughts, to what extent is a similar mechanism involved in a range [of other behaviors]? It’s the question I set out to explore in the book, to see whether a mechanism was at play.

Q: You begin your book with a discussion of the writer David Foster Wallace, and come back to him throughout the book. Why did you choose to focus on him?

A: I was very interested in understanding whether this mechanism applied in depression. At the time I was beginning to ask questions, David had recently killed himself, and he was viewed as one of the great writers of our generation. We went to the same college, he a decade [later].

What I was looking for were data of the experience of being depressed. I have all the MRIs, neurobiological studies, but what I wanted was what the experience was like. David focused in the great humanities tradition. One of the gifts I was given is the great writers, philosophers, theologians who thought about his in different terms than neurobiological terms.

If you experience depression, what was the experience like?
He tried to grapple in his fiction and nonfiction with these questions. He, better than anyone, was able to articulate what it felt like…

What you see is that capture involves not only the effect on how we feel, but what David articulated exceptionally well was how the output of capture, how he felt, became the input that then maintained his depression.

He was a master of understanding. His intense self-doubt, the sense he was a fraud, made him feel sad, and the sadness that came over him…became input: I can’t shake this sadness. It maintains the cycle. There is this feedback loop. 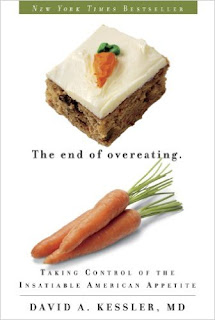 Q: You write, “While capture is often the source of great pain and suffering, it can also grip us in positive ways.” What are some of the ways it can serve a positive function?

If you suffer…in the end the only real release from capture is to be captured by something else [and in the positive] there’s real hope.

Rewiring is possible because capturing is related to positive things as well—religious fervor, charitable pursuits, athletic [activities]. We’re all going to be captured, some more than others. It’s intensely personal. If you’re captured by negative things, there are positive things that can take their place…

Q: You discuss religion in the book. Where do you put it on the spectrum of things people can be captured by?

A: You see David got it in the rhetorical sense—he said everybody worships, our only choice is what to worship…He said pretty much everything—glamour, perfection, fame, will eat you alive. He understood that.

Q: You note that capture can occur not only among those with mental illnesses but with other people as well. What does that say about the current system of categorizing patients’ symptoms?

A: We talk about depression or anxiety or addiction or mania as if they’re different afflictions. They have different symptoms but the book’s hypothesis is that the response to the neural process happens in all of us.

When I started the research on whether there’s a mechanism in play in a variety of conditions, everybody told me David Foster Wallace suffered from depression with a capital D. That label became the cause.

What’s important for me is to pull back the curtain—not be satisfied that this was a label, “depression,” but to understand the underlying mechanism responsible for suffering. No one’s really pulled back the curtain; mental illness is a mystery…

Q: Are you going to work on another book moving forward from this one?

A: This last one has taken me six years, nonstop. What I’m most interested in is, I’m convinced there’s a biological corollary to capture and we can explain it in neurobiological terms, and it helps us understand the experiences which David Foster Wallace, Sylvia Plath, Anne Sexton, understood from their experience--how neurobiology results in these experiences.

The goal was to set out a theory and show in a range of conditions what’s going on and whether capture was in play. When you look at the range of conditions, the data seem convincing, but the question remains, is this the fundamental mechanism underlying mental illness?...

I would love feedback, what did I get right or wrong. That’s essential before writing the next book.

A: The goal was to pull back the curtain on depression and debilitating conditions. That was the goal. Another critical aspect important to me in studying capture was the realization that people who suffer, while there is a continuum, mental illness is not synonymous with being broken.

When you see some of these cases where it leads to enormous suffering and violence, you see the 13-year-old child with bad thoughts about himself, but he feels he can’t talk about it or he will be viewed as bad, so we move further and further into our heads, and the thoughts that are so salient it’s almost as if the mind devours itself—you wish you could intercede early on and explain their mind is not broken. We’re all wired this way. They can get help, and shift their perception.