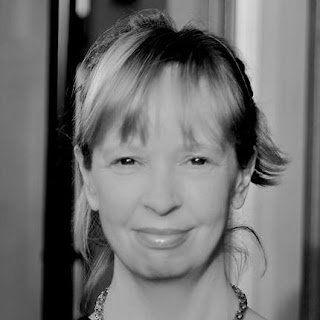 Kate Hamer is the author of the new novel The Girl in the Red Coat. She is a winner of the Rhys Davies Short Story Prize, and she lives in Cardiff, Wales.

Q: How did you come up with the idea for your novel, and why did you write it from alternating perspectives?

A: The novel kind of came to me, rather than me coming up with it. I had a very strong image of a little girl standing in a forest and wearing a red coat. I knew in this image somehow that the little girl was lost. The whole of the book in a way is a mission to find out why.

A couple of weeks later I sat up in bed one night and wrote the first chapter straight off in one go and it naturally seemed to come from the girl’s mum – she’s remembering her daughter, missing her.

After that telling the story in both mother's and daughter's – Beth's and Carmel’s -- voices seemed the only way to write the book. The relationship is the beating heart of the novel and the dual narrative reflects that.

A: Shortly after writing the first couple of chapters I wrote the last paragraph so I always knew where I was heading. Having said that, between the beginning and the end I took a couple of twisty paths and it’s fun when your own book surprises you. I hadn’t planned on the twins for instance, but once they popped up they absolutely refused to go away! 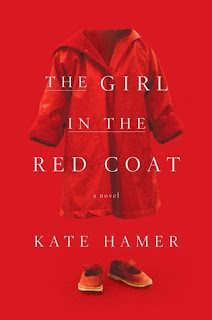 I also worked very closely with a wonderful editor, Sarah Savitt, for about six months. It was a fascinating process; it didn’t so much change anything in the book but rather it developed what was already there and streamlined it somewhat. One of my biggest pieces of advice after that experience is “have a brilliant editor!”

Q: Your novel deals with one of the most difficult situations a parent can face. How hard was it to write about this topic?

A: The thing with writing, I think, is that you can put your fears down on the page and then they are neatly contained within two covers.

It is a difficult subject but I read something once that I felt really encapsulated the whole story; it was something like “every book about a missing person is a crime novel but it’s also a love story too.” I think that’s very true of The Girl in the Red Coat.

Q: How did you pick the book’s title, and did you see it as a modern retelling of Little Red Riding Hood?

A: This is the very first title I came up with – it basically describes that first image and the inspiration of the book. There were a lot of discussions with the publishers though. I think they were understandably slightly concerned that there were lots of “girl” titles out there.

They were fantastic though and we ended up keeping the original title. For me it’s not the “girl” that’s the important part, but the potent image of the red coat. The book covers have really made the most of that too.

After I’d written the first draft the parallels between it and Little Red Riding Hood became obvious to me; I think it was quite a subconscious thing while I was actually writing it. I should have realised though--I was an avid reader of fairy tales as a child and I’ve got an old Victorian print of Little Red Riding Hood hanging in my house!

A: I’m fascinated by religion and how it can be used by people both for good and ill. I think my novel shows both these aspects: it’s a sustaining force but is also used to wield power. Carmel herself has some steady goodness that burns within her though that goes beyond anything negative. I feel she would always retain that.

A: I’m just coming to the end of my second novel, which I would describe as a dark twisty coming of age tale. There is love in it too though, and friendship and grace.

A: That strong coffee and Twitter are the biggest aids to the writing life. That there is a whole team behind a book – publicists, cover designers, editors, and it’s these talented people that can make a book really fly. That it’s a strange and wonderful experience to witness a book you’ve written go out into the world and take on a life of its own.