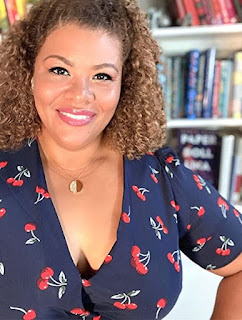 Robyn Lucas is the author of the new novel Paper Doll Lina. The novel deals with domestic violence, and is based partly on her own experiences. She lives in Atlanta.

Q: How would you describe the marriage of your characters Lina and David?

A: Like a lot of marriages, Lina and David make the perfect #couplegoals life online. Their Facebook profiles are filled with nothing but smiling family photos while behind closed doors, Lina struggles from emotional and verbal abuse at the hands of her loving husband.

A: I had no idea how my novel would end until I was halfway through the initial writing process. Writing my first draft was nothing more than purging the things going on in my own marriage and in my life. 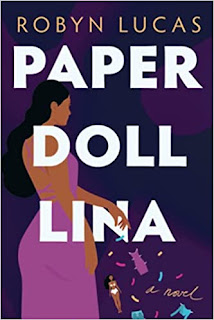 A: I like to think of novels as windows or mirrors. Windows to look out and be entertained and mirrors to have some self-reflection. My hope is readers will find both a window and a mirror while reading my novel and if they identify with the abuse to seek help.

A: Currently, I’m working on book two, which will follow Lina’s best friend, Nancy, and her own struggle with narcissistic parents.