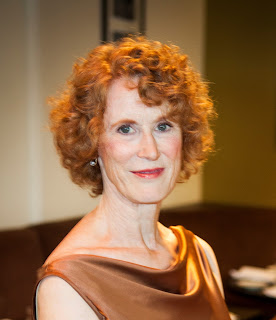 Catherine Ehrlich is the author of the new book Irma's Passport: One Woman, Two World Wars, and a Legacy of Courage. It focuses on the life of her grandmother. Ehrlich lives in Portland, Oregon, and Mill Valley, California.

Q: What inspired you to write this book about your grandmother’s life?

A: Irma’s manuscript —her written memoir—was a treasure I had, but a half-buried one because it was often garbled and left huge gaps. She lived a remarkable life, so I felt called to see what I could do with it.

A: There’s a wealth of information out about Vienna and wartime Europe.

For me it was important to have certain questions in mind such as: Why did my grandfather become one of the earliest Zionists and how influential was he in the movement? Why did they not leave before Hitler? How unusual was Irma in how much she overcame? What have I absorbed from that history?

I was often surprised by the compound effect of others reinforcing what Irma said in different ways – it helped me to interpret Irma’s story with confidence. 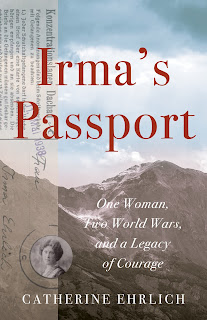 Some specific surprises are:

The slow creep of Hitler’s rise, versus the sudden slam that hit Vienna and the way German Austrians wanted to abolish their own state to join Hitler. Americans resist the idea that ethnic or racial brotherhood trumps other loyalties – but that is a hot potato for good reason.

That Irma was inspired by a powerful philanthropic tradition run by women. I hadn’t realized how much that capable community did to make the world a better place. It gave special meaning to their lives. Some of these women are quite unsung – don’t even have Wikipedia entries now.

Q: How would you describe the relationship between you and your grandmother?

A: Irma is my spirit guide. I realized this when I was on my own in foreign countries in my teens and 20s. To this day I aspire to her massive dignity, poise, and pride —her charisma is over my head. I summon her like an icon when I need backup.

I comforted her by following in her footsteps as a language perfectionist, and by loving her back. I know it was valuable to her because she held out in a coma until I arrived to say goodbye.

There's a Sherlock Holmes story about The Redheaded League for men of (hair) color. Irma and I were secret members...but no, seriously, I time-traveled for this book and placing myself in her times was easier for our redheaded bond.

A: Let us understand how many of our female forebears were not oppressed beings. They shouldered enormous responsibility, made homes out of ashes. They knew they were paragons of civilization. Their men backed them up. Irma was not alone in seeing herself in this way, and we are better for claiming that.

Also: Let's re-think pride, and what we take pride in. Women may have been oppressed by expectations of humility in the past. But is pride the opposite of humility? I don't think so. Does pride go before a fall? It can…if manipulated by blinders like extreme nationalism.

I see Irma’s pride as an essential quality that commanded her best attempts at fairness and compassion.

A: For now, I have a book to launch and lots of people to connect with through it. (I will be delighted if a new topic grabs me like this one did. For all the uncertainty in the process, living deep in the flow of writing is an unearthly pleasure.)

A: This story affects how I see women who came before. I’d like to know if the same is true for others.