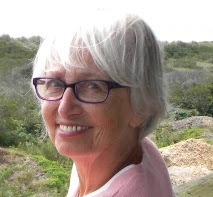 Linda C. Wisniewski is the author of the new novel Where the Stork Flies. She also has written the memoir Off Kilter, and is a former librarian and journalist. She lives in Bucks County, Pennsylvania.

Q: What inspired you to write Where the Stork Flies, and how did you create your cast of characters?

A: Seeing my father's family tree at a reunion years ago, I was attracted to the entry for my oldest ancestor, a woman named Regina, who was born in 1778 in what was then the Austrian Empire.

My cousins and I were fascinated, and we got to talking about what kind of woman she might have been and what she might think of our lives today. I did some research in genealogy but found nothing more than her dates, and the names and dates of her husband and children.

This is often all we have to go on. We don't find out if our ancestors were naughty or nice, brave or scaredy cats. I wanted to know! So I decided to imagine what Regina might be like.

Her character in the novel - also called Regina - is very much like my maternal grandmother. All my ancestors were from Eastern Europe, in what is now Poland, and so I wanted to delve into that heritage.

Aniela, the translator, is named after my paternal grandmother, and is modeled after women who take their station in life very seriously. Kat, the POV character, is a composite of many women I know, myself included.

The other characters were created to put obstacles in the way of these three women or to move them closer to their goals. Drawing them was probably the most fun about writing the novel!

A: The stork is an important figure in Polish folklore, said to bring good luck, especially if it builds a nest on top of your house. They spend early spring to late summer in Poland, and fall and winter in North Africa.

When they fly north in flocks of thousands in the spring, there is much joy on Polish social media with lots of photos. It reminded me of Californians welcoming the swallows back to Capistrano.

My husband and I fell in love with these huge birds on a trip to Poland and were amazed at the size of their nests atop Soviet-era concrete telephone poles. 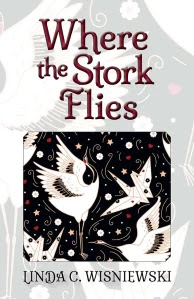 Poland, the land of my ancestors, is the land where the stork flies, so I chose the title as a nod to that and to the appearance of a stork in the novel as a guide for Kat.

A: Yes, I did! I knew about the language and culture from my family and early childhood in a Polish parochial school, but I didn't know much about 19th century life.

What surprised me but probably shouldn't have is that very little is written about the peasant class my people - and Regina - came from. History is the story of nobles, rulers, warriors, and people famous in the arts.

Lucky for me, my training as a librarian helped me know where to start looking. A librarian in Poland answered some questions via email about the village where Regina lived.

And my husband and I traveled there with Road Scholars, a wonderful organization that uses local guides who were very knowledgeable and answered many more questions.

We visited a skansen, or outdoor museum, that recreated a small village from the 1800s. There I was able to see - and take photos - of what Regina's house would have been like, the clothes people wore, the foods they ate, the tools they used, and more.

A: Many American women of my generation, who experienced the second wave of feminism in the 1970s, thought that "having it all" meant we had to do it all! We can sometimes be overwhelmed, like Kat, by the wide array of choices available to us.

I want readers to see that it's possible to create a good life even if our choices, like Regina's, are severely limited. All we really need are the love and support of good friends we can rely on, a strong faith in something greater than ourselves, and unconditional love for our family members and ourselves.

I also hope readers enjoy learning about some of the beautiful Polish traditions that survived over the centuries and come away wanting to discover more about their own heritage.

A: More adventures from Regina's and Aniela's points of view. An early draft of Where the Stork Flies had three main characters: Kat, Regina, and Aniela. But an agent advised me it would be a stronger book if I wrote a trilogy instead, with each book told from the point of view of one of them.

Since my first published book, Off Kilter, was a memoir, and I teach memoir workshops, I thought it would be easier to write using those skills, as if it was Aniela's memoir. My working title was Memoirs of the Queen of Poland.

But it wasn't quite so easy to switch to fiction! Plus, Kat had so much to deal with I quickly decided it had to be her story. I'm happy I started with her, and introduced readers to the land Where the Stork Flies.

I have a very rough draft of the second book, from Regina's point of view, and the third will be Aniela's turn. All will include time travel, magical realism and Polish folklore. And more gentle let's-not-take-ourselves-too-seriously humor.

A: Besides memoir and fiction, I like to write personal essays, also called creative nonfiction, and I've had some success publishing them in literary journals. I've even written (not for public consumption!) some poetry.

The best part about writing, no matter the topic, is hearing from readers who have been touched by my words. It can be a lonely job, typing away in my home office, so any comments, reviews, or messages from people who take the time out of their busy lives to let me know how they connected to my work are a gift.

This opportunity from you to share my story is another gift, Deborah, and I'm very grateful.