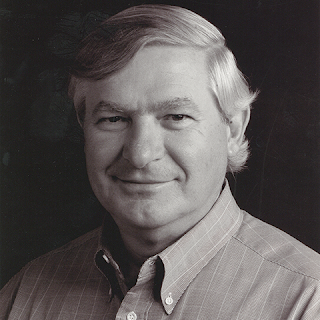 Artist Paul Gruhler's work is the subject of the new book Harmonics: 60 Years of Life in Art. The book reproduces more than 130 of Gruhler's paintings. He lives in Craftsbury, Vermont.

Q: You’ve said that your first paintings were influenced by the Abstract Expressionists. How did you develop your style as an artist, and do you think it’s changed at all over the 60 years of your career?

A: [After those first paintings,] by the mid ‘60’s I was much compelled by the quieter paintings of artists such as Mark Rothko, Clyfford Still, and Ad Reinhardt in their use of color and geometric form to evoke the contemplative.

At the same time, I was doing a good deal of photography in New York City, where I had a studio, and became more conscious of the grid system of streets and the high-rise architecture. (Some of the photographs from that time are in the book.)

I began feeling that I wanted my work to be more deliberative and started using lines and geometric forms in relation to color. When I was doing the small brush stroke paintings, I worked in oils, but to get the surface and reflective light I was looking for I started using acrylic paint.

This was an exciting shift and especially important for the kind of paintings I was embarking on where I use tapes of various widths for painting straight lines — the quick drying of acrylics facilitated my not having to wait for the oils to dry before using the tapes. 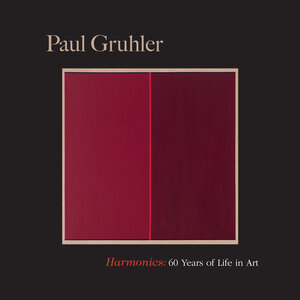 Q: How was the book’s title, Harmonics, chosen, and what does it signify for you?

A: I first used the title Harmonics in an exhibition I had with the sculptor Judith Wrend at the AVA Gallery and Art Center in Lebanon, N.H., in 2015.

When we were considering a title, I had conversations with Linda Mirabile, the designer, Carolyn Bauer, the author of the essay, Ian Baldwin, the editor, and Merrill Leffler, the publisher of Dryad Press.

Harmonics, with its suggestiveness of “harmonies,” resonated with everyone as characterizing my 60 years of work in exploring geometric abstraction in painting, collage, and just recently sculpture.

Q: How did you first become interested in art?

A: My first exposure to art was at the China Institute in Manhattan in the 1950s where my family attended church. The Institute always had an art exhibition in the room where we met.

I had what I can only call an instinctive response to the intense color and abstract form of ancient ink paintings and porcelains. I became aware of universal art.

The colors and forms of the ceramic objects resonated with me — the pure color of the vases, which I later learned came from the Sung Dynasty, were particularly striking.

In the early ‘60s a Chinese friend gave me some paints and brushes. Simple as this may sound, that was the beginning of what became my life’s work.

Q: What do you hope readers take away from your work?

A: I would like readers to take time in viewing the paintings as they are. This is to say they’re not based on any external “meaning” and so they are not titled: the meanings in each work are the relationships of color, line, and geometric form, and their harmonic tension.

A: I am continuing to work on what I’ve called the Points of Reference series with its diagonal forms, both in paintings and collages. The book has some fine examples.

I started using small spaces between the collaged papers, which give a three-dimensional suggestiveness — the photographs in Harmonics give a sense of that dimensionality.

I start most days with doing marker drawings in my sketch books. This last winter I began using foam board for making small sculptural maquettes of geometric abstraction that are kinetic.

I’ve had them fabricated out of painted steel and have been thinking that in the next year or two I will scale them up into larger sculptures that can be installed outdoors.

A: The book itself is beautifully designed by Linda Mirabile, a visual artist herself, and marvelously printed by Villanti Printers in Vermont — their exacting color work comes as close as possible to giving a feel for the paintings and collages.

However, it is still a “feel” and can only approximate the textures of the works themselves. I would like a reader’s curiosity to be stimulated about my works and, if possible, to experience them in person at one or more of my retrospective exhibitions that will be ongoing until the end of December.