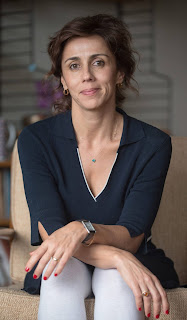 Defne Suman is the author of the novel The Silence of Scheherazade, originally published in Turkey and Greece in 2015 and now available in an English translation by Betsy Göksel. Suman is based in Istanbul.

Q: What inspired you to write The Silence of Scheherazade?

A: It all started with the thought of a 100-year-old woman living in today’s Izmir. I was reading One Hundred Years of Solitude by Marquez at that time and I was prone to writing in the lines of magical realism.

The moment I thought about Izmir I remembered another novel: Middlesex by Jeffrey Eugenides. Middlesex begins in Turkey. It is the story of Greeks escaping from Turkey via Smynra (Izmir in modern day Turkey).

When I was reading Middlesex I had realized that I was learning a piece of history was hidden from me, the history of Smyrna and its people. Middlesex moves on and the story continues in Detroit.

I remembered the feeling how I wished those initial chapters that take place in Smyna and Asia Minor were a bit longer. Well, I said to myself, if you want to read a story taking place in Smyrna early 1960, then you should go ahead and write it yourself. So that is how it all began!

Q: Betsy Göksel, the book's translator, said of the experience, "Translating The Silence Of Scheherazade was a heart-wrenching experience. I was bringing to life in English real people, not characters in a book, people I loved and wept over. In this book one weeps for the various individuals and for Smyrna itself."  What do you think of her comments?

A: Betsy is an amazing translator; she is the ideal reader I had imagined while I was writing the book. She reads with her heart. Funny enough when I was writing book, especially toward the end I was crying too. 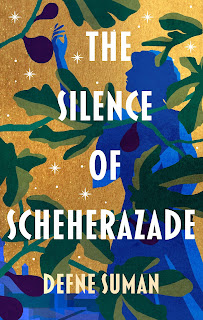 The loss of Smyrna is a metaphor for all the refinement we lost in the world. It reminded me how as humanity we are losing culture, beauty and harmony under the threat of nationalism and consumerism.

I am pretty sure Betsy, being part of the old world, was feeling the same loss and her tears were partly for the beauty we lost in 21st century. We no longer have cosmopolitan harbor towns in the world where people value art, architecture, and literature. We live in a rougher world. We all feel the loss.

A: Yes, I conducted historical research for almost two years. I was living in the U.S. at the time. I researched in the libraries of NYU and Portland State University. I ordered tons of books from Reed College library. I read diaries, journals and collected postcards, insurance maps and clothing items from the 1920s.

When I was growing up in Turkey, in the history books we had read that in September 1922 the Greek army was in retreat and they burned Smyrna as they were jumping into the ships that were waiting for them at the Smyrna harbor. This was (and still is) something we memorized as children.

When I started my research the first thing, I learned was that by the time the Great Fire of Smyrna started on September 13 all of the Greek army was already gone. Only women and children were left in town, and they were waiting (in vain) for Greek ships to come and pick them up.

It was the Turkish side that started the fire and these Greek civilians who died from it. This new bit information altered the way I viewed the past completely.

Q: What do you hope readers, both those familiar with Turkish history and those who are new to the topic, take away from the book?

A: Like I said earlier, Smyrna and its loss is a mega-metaphor for the loss of beauty and refinement from our lives.

People of Smyrna, regardless of their religious and ethnic backgrounds, knew how to enjoy life. They knew the value of joy and value of life.

They built famous amazing theatres and club buildings. They dressed up in the evenings and strolled in the famous quay. Some got together in their neighborhood squares and chatted idly as the day came to an end.

This lifestyle is something we lost in our need to work extremely hard in a world that is getting poorer and poorer every day. Sadly, we have become machines and from the first grade onwards we do have a plan, which university to go and what profession to choose.

Everything is geared toward earning money so that we can eat, and we can pay for our shelter. This is a 21st-century reality. It was not always like that.

Besides earning money and working so hard, people did have time to create art for the art itself or get together, produce music and dance together because it was the natural thing to do.

Smyrna reminds us to slow down. It reminds us that life is nothing but a series of losses and what is most important is how you spend your day.

The whole city has become a center for consumption. If you are not a consumer, you are no one.

At another level my new project is dealing with the way Istanbul, the glorious capital of the Byzantium and then the Ottoman empires, became this space of one single nation with one narrow understanding of one single religion.

Christian minorities who once upon a time were the people of Istanbul/Constantinople are kicked out of their sacred town gradually, systematically.

Now the remaining intellectuals and artists are leaving the city because with its high-rises, shopping malls, five-star hotels and its terrible traffic it is not a place you can create anymore. Beauty is being extracted from the most beautiful city on earth. And my new book is a requiem for my hometown.

A: I am very excited that my first English book is published and available for the English readers.

My friends kept asking me what it is about and when will they read it. Finally it is ready in English and I am thrilled to know that all my friends in Portland will get a glimpse of my literature.