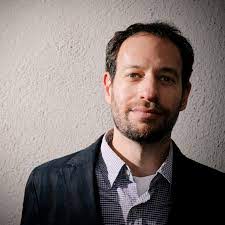 Lee Matthew Goldberg is the author of the new novel Stalker Stalked. His other books include The Ancestor, and his work has appeared in a variety of publications, including The Los Angeles Review of Books. He lives in New York City.

Q: What inspired you to write Stalker Stalked?

A: I had just finished a very serious, research-driven book called The Ancestor. I mostly write thrillers and wanted to write one that was a bit lighter. I pictured my main character to be a stalker and then thought, what if the stalker gets stalked?

Q: How did you create your character Lexi?

A: So, Lexi is obsessed with watching reality TV and stalks her favorite character on a show. I watched a ton of them for research and Lexi wound up becoming a mix of a few of the most out there personalities. 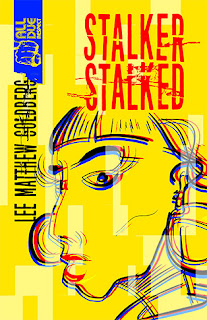 She’s an unreliable narrator and can be unlikeable too, but you root for her at the end. She goes on a journey with the readers.

A: I knew the very last scene, which is super shocking and powerful. I don’t think readers can see it coming.

But there was a huge change I made to another part of the book. My editor was the one who suggested the change, and he was absolutely right. I’d mention what it is, but that would be spoiling the whole plot.

A: First and foremost, I hope they have a good time reading.

But the book is also a comment on our social media and celebrity-driven culture. We have such intimate access to everyone’s lives now, but it’s also chosen access, so is it actually real? The concept of reality has changed in the last few years, definitely for the worse.

A: I’m finishing the third book in my YA series Runaway Train. It’ll be the last book in the series, so I’m nervous about sticking the landing.

A: I enjoy writing in multiple genres. I’m a thriller writer first, but also have a YA and a sci-fi book out there. The next genre I’ll try will be horror, maybe under a pen-name. I have an idea that basically is about an interview from HELL.