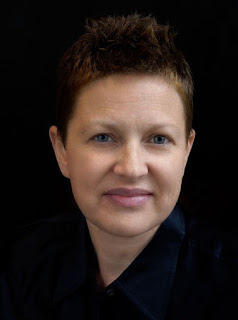 Jessica DuLong is the author of Saved at the Seawall: Stories from the September 11 Boat Lift. She also has written the book My River Chronicles: Rediscovering the Work that Built America. A journalist, book collaborator, and writing coach, she is also the chief engineer, emerita, of the retired 1931 fireboat John J. Harvey, and she served at Ground Zero in the wake of 9/11. She is based in Brooklyn.

Q: Why did you decide to write Saved at the Seawall?

A: I came quite reluctantly to writing this book. When an editor encouraged me to document the boat lift, I was wary of immersing myself in the details of one of the darkest single days in American history.

Only after years of avoiding any discussion of my time at Ground Zero did I finally make my peace with the human need for September 11 stories.

I had feared that confining these events within words would dull the sharp edges of the experience, boxing them up within the limits of language. Yet, I also felt a deep responsibility to my maritime community, and to history itself, to document this landmark event.

Over time, I recognized that the importance of preserving this history outweighed my need to fend off the anguish of this material—both others’ and my own.

Q: You write, "Fifteen years later, I, too, have learned how to get back to work, making peace with the haunting memories churned up by each anniversary." What impact did writing this book have on you?

A: Truth be told, it’s been painful to immerse myself for two decades in the details of the deadliest terrorist attack on U.S. soil. Some days it’s hard to see past all the horror.

And yet, I’ve also had the opportunity to trace how new, often unlikely alliances formed on September 11th, during this massive, spontaneous rescue where people who could help their fellow citizens did so, without hesitation.

I discovered light amidst the darkness. Knowing that compassion and creativity can rise up on such a scale in the same instant as wickedness tends to widen your perspective. My goal has to been to provide a window into what’s possible, opening our eyes to the capacities each of us has to take action out of hope and humanity. 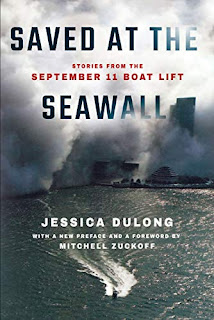 A: Saved at the Seawall is anchored in the personal accounts of mariners and evacuees, and was informed by my experiences working as a mariner in New York Harbor and serving at Ground Zero.

Viewing television broadcasts from immediately after the attacks helped me lose the impediment of hindsight and regain the awe, horror, and disbelief of that morning. Raw video footage helped me see events that my sources described play out in real time.

I pored over satellite views of Downtown Manhattan and asked interviewees to draw maps or to mark up maps I’d printed out so I could connect the dots about where people and boats were at significant moments in the story.

Photographs, especially the aerial shots taken by the NYPD Aviation Unit, proved invaluable. A combination of elements helped me identify the geographical overlaps between the stories of different characters. It was remarkable to discover how inch-by-inch differences decided the fates of hundreds of thousands of people that day.

Q: As a participant and a chronicler of events, how did you balance the two roles as you worked on the book?

A: My role as a marine engineer helped mariners explain their stories in their own words, confident that I’d know what they meant.

I was able to understand and translate for lay readers the nautical terms, references, and descriptions of actions mariners took and the challenges they overcame to deliver people to safety, including wake and tide conditions, lack of docking infrastructure, and the difficulties of helping evacuees board boats not meant for passengers.

My experience serving at Ground Zero helped evacuees to trust me to understand the dust and debris they’d confronted and the psychological impact of being at the site.

More than once I cried with my sources as they told me their stories.

I’m also working with multiple clients as a book collaborator, ghostwriter, and writing coach on a wide array of narrative and other nonfiction projects including memoir; history; trauma, psychology, and neuroscience; health and wellness; racism, equity, and justice; gender; and parenting.

A: The people I interviewed for Saved at the Seawall allowed me to walk with them through some of the most harrowing moments of their lives. I am so grateful to them, particularly those who shared for the first time their full stories, with all the raw details.

They agreed to do so for the sake of documenting this pivotal moment in history, and that willingness brought to life to the pages of this chronicle of the largest-ever maritime evacuation.