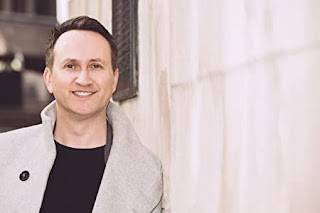 John Marrs is the author of the new novel What Lies Between Us. His other books include the novel The Passengers. A former journalist, he is based in London and Northamptonshire, UK.

Q: In your new novel's acknowledgments, you note that you'd been thinking for a while about writing a novel about "two people living together who hate one another." How did you create your characters Maggie and Nina?

I wanted to see how cruel they could be to one another, one out of spite and one who is trying to be cruel to be kind. And I wanted the reader to alternate as they read the book as to whose side they were on. 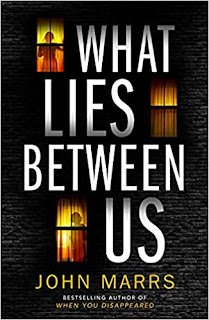 A: I had a good idea of the start and the middle and there were several versions of the ending I had in mind. Then right at the last minute, just before I submitted it to my editor, I decided to take it in a different direction. I much prefer this finale, I think it works so much better.

Q: As you said, you alternate in the book between Maggie's and Nina's points of view. Did you focus more on one character before turning to the other?

A: No. It all depended on what mood I was in that day as to which character I was going to write. Sometimes I was in the mood to really push the reader with Nina’s behaviour and other days I was in a more reflective mood and so I’d write Maggie’s character.

I don’t tend to write any of my books methodically, I’ll do bits here, there and everywhere and enjoy the challenge of piecing them all together at the end.

A: I struggled with it for a while, and for ages, the working title was The Woman In The Attic because I couldn’t think of anything better.

Then on my way home after a lunch with my editor, What Lies Between Us suddenly popped into my head because it works on two different levels – the lies that have developed over the years between mother and daughter and what physically lies between Margaret living in the top floor of the house and Nina on the ground floor.

A: I’m back to work after taking a year off. I’m on the final edits of a psychological thriller that is out in November 2022 and I have almost finished the first draft of a speculative fiction novel that is released the following year.

A: What Lies Between Us has been optioned by Renee Zellweger’s production company at MGM TV. So fingers crossed that they can turn it into something for the small screen!