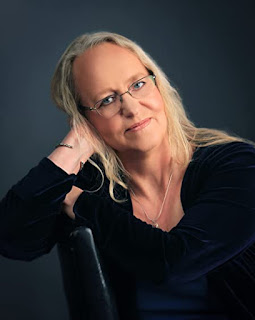 Kerry Anne King is the author of the new novel Other People's Things. Her other books include A Borrowed Life. She lives in northeastern Washington state.

Q: What inspired you to write Other People's Things, and how did you create your main character?

A: Oh, I’m glad you asked that question because I have such a fun story! Often, I already have a bunch of ideas floating around in my head and then one of them just takes off.

This time, I was drawing blanks. So I sat down at my desk with my journal and wrote: Auditioning Ideas for New Novel. All ideas welcome—nothing is too small or too stupid.

And then I started scribbling, and Nickle showed up and started talking to me. Not that she told me much at first: only her name, and that she had a problem with light fingers and other people’s stuff. “Not kleptomania,” she assured me, “more of an object relocation program. Some things just don’t want to be where they are and I move them to where they do.”

I added a starred notation that says: *mystery with woo woo elements, and that was it! I was hooked and knew I’d be writing the book.

A: I thought I knew, but I was totally wrong. In fact, the ending shifted several times, and the final scene was written after I’d turned the book in to my publisher. One of the main characters didn’t even show up until I was about three quarters of the way through the first draft! 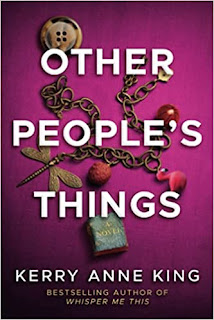 Q: What do you see as the role of magic in the novel?

A: I’ve always been fascinated by unexplainable phenomena like precognitive dreams and clairvoyance. I think most of us have a story about some unusual set of events or circumstances that made us feel awe and wonder—I think of this as everyday magic.

My books are always about women who are discovering who they are and learning to embrace their own personal power and giving Nickle an unusual gift was a fun way to emphasize and explore that journey.

When I signed my first contract with Lake Union for contemporary women’s fiction, they thought it would be a good idea to have a pen name since the genres were so different. My middle name really is Anne, and King was my grandmother’s maiden name, so I chose a name that would be easy to remember.

A: I’m working on another women’s fiction novel that is grounded in reality with some magical elements. It’s called Improbably Yours, and it’s the story of a young woman whose love life and professional career are disrupted by a mysterious bequest from her belated grandmother.

There’s romance and treasure hunting and mystery, but it’s really the story of a woman who is looking for herself.

A: I love to connect with readers. You can find me on Instagram as @kerry_anne_king or get on my newsletter list at www.allthingskerry.com. Oh, and I love zooming into book clubs. You can email me at contact@kerryschafer.com. Thank you so much for hosting me today, Deborah!