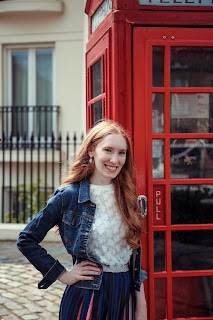 Kristin Contino is the author of the new novel A House Full of Windsor. She also has written the novel The Legacy of Us, and she is chief reporter at Royal Central.

Q: What first intrigued you about the British royal family, and how did that interest lead you to create your characters Debbie and her daughter Sarah?

A: My mom was really into the royal family when I was growing up (especially Princess Diana), so I always loved Diana. I enjoyed learning about royalty but definitely in a more passive way; it wasn’t until Will and Kate got engaged that I followed them much more closely.

So many people love the British royal family and feel like they know them, so I thought it would be interesting to take that idea and how a woman’s obsession could grow out of control.

Q: Why did you decide to focus on hoarding in this novel?

A: I was watching an episode of Hoarders where the daughter’s entire life had been extremely impacted by her mother’s hoarding, but in ways that surprised me  - her romantic relationships, choice of career, etc. It was fascinating to me and I knew right away I wanted to write a novel that explored this type of mother/child relationship. 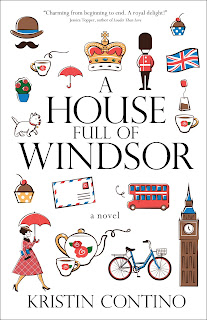 Q: The book alternates between Sarah's and Debbie's perspectives--did you write the book in the order in which it appears, or did you focus more on one character before turning to the other?

A: I wrote the chapters in order. All of my books have multiple POVs and I think it’s too confusing to jump around. I also don’t outline, so it would be a bit of a mess otherwise.

Q: The Kirkus Review of the book calls it "A spectacular and addictive family tale that’s equal parts charm and depth." What did you see as the right mix of light and serious as you wrote the novel?

A: To be honest I didn’t put a ton of thought into whether it was light or serious as I wrote it;  the characters truly shaped the story as I was going and I let them take the plot in the direction it needed to go.

However, when I was coming up with the initial idea, I knew I wanted Debbie to have a collection that was fun and interesting, versus dead animals or rotting food!

A: I’m working on another novel set in the UK. It definitely has more of a focus on the romantic relationship between the two characters, and it’s the first book I’ve written that has a male POV, which has been a new challenge for me. I’m not under contract for it yet so we’ll see what happens!

A: I love reading royal-themed novels so I started a Facebook book club with some friends where we feature a different royal book each month. It’s called Royally Good Reads and we love welcoming new members!