Angel Khoury is the author of the new novel Between Tides. She also has written the book Manteo: A Roanoke Island Town. She lives on Roanoke Island, North Carolina.

Q: You note that the characters in Between Tides were based on an actual family. At what point did you decide to write a novel inspired by their lives?

A: The true story was unbelievably rich in historical details—shipwrecks and shorebird hunting, civil and global strife. Psychological details were equally compelling—loss and longing, love and betrayal.

I’d been a newspaper editor, publisher of a magazine, author of a history of Roanoke Island—used to working hard to get everything right, down to the last detail. Make stuff up? Oh my!

But the story was so rich in pathos and passion, that in some ways it seemed the truest story could only be told through fiction. I knew if I were ever to write a novel, this was it. When the woman who inspired the character Gilly agreed, I never looked back.

I continued researching, to ground my novel with a solid foundation, then sought to identify the unknowable, that magic door opening onto the fictional world that would become Between Tides.

Q: What did you see as the right blend between the historical and the fictional as you worked on the book?

A: Early in the process of writing my novel, I had the good fortune to attend the Key West Literary Seminar session on historical fiction, which brought novelists and historians together to argue over how closely fiction should hew to fact.

John Gardner’s notion of the fictional dream would argue against waking the reader with some jolting inconsistency from known fact. Yet there were times when my fictional characters seemed to demand entry into a scene. I gave them permission because in letting go of some historical truth, I hoped to find a larger truth, illuminating the struggles within a human heart.

If, as Faulkner says, the human heart in conflict with itself is the only thing worth writing about, then it would seem that there are two truths to weigh in the balance. I instinctively let emotional truth be my guide in knowing when to tip the scales between historical fact and my own fiction.

What took my character Gil Lodge so long to leave his life on Cape Cod behind, only to create virtually the same life on the Outer Banks? That one unknowable thing gave me license to feel my way through the factual story and, as Allan Gurganus said of his own work in a Paris Review interview, to offer readers not my “snappiest answers” but my “most resounding questions.” 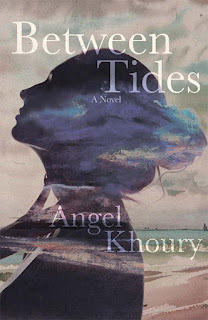 A: The title "Between Tides" was given to me by a woman whom I met while researching a history of Roanoke Island. I was already dreaming of writing a novel based on the life of a mysterious man from Cape Cod who, in 1893, had shown up on the Outer Banks under a different name. And then I met his daughter.

This woman, fascinating in her own right, was the recipient of a Bronze Star in Operation Torch in the North African campaign during World War II.

She said she’d always wanted to write a book about her father who, according to a 1930s newspaper article, had disappeared “between tides” some 45 years earlier. One of the most meaningful parts of this project was the day she said to me, “You’ve given me my father.” He was 69 when she was born; he died when she was six.

The research I shared with her, and our weekly readings of the novel in progress, fleshed out this man she’d loved and revered and puzzled over her whole life. She died before I finished the book. I am honored to call my novel by the title she gave to me.

Q: The writer Howard Norman said of the book, “Between Tides bridges the nineteenth and twentieth centuries, a haunting maritime opera of torn lives, betrayal, love and near-redemption." What do you think of that description?

A: I’ve always loved and admired Howard Norman’s novels, particularly The Bird Artist. His ability to place the reader in the natural environment of a dynamic and dangerous coast—and in the equally dynamic realm of his characters’ minds—is something I longed to achieve.

In a few evocative words, Norman captures the essence of Between Tides. Haunting! A maritime opera! But “near-redemption”? That gave me pause, perhaps because I wanted so much to see Blythe and Gil freed from their fraught past.

Yet it seems true that in spite of their best intentions, neither was able to atone completely for the choices each of them made, or the circumstances thrust upon them. If one makes peace with the past, does that completely absolve one of blame?

In my character Gil, I didn’t want to portray a scoundrel or a skirt chaser. I wanted to imagine a man whose heart was so tender that it would take him five years to slowly slip the bonds of marriage to a woman for whom he cared deeply.

What might cause a man to become obsessed with another woman not his wife? Perhaps because his wife was wrestling with her own obsessions.

If “near-redemption” best characterizes their moral predicament, perhaps that’s the best anyone can hope for. Still, they’re my heroes for trying.

A: I love how Faulkner circles around the Comptons in Yoknapatawpha, taking his glorious time to explore the psyche of both people and place; how Peter Matthiessen angles for an understanding of Mr. Watson, the men who killed him, and the Everglades themselves in his trilogy; and how Marilynne Robinson turns the story of John Ames into a full exploration of the people in his life through the course of four books, beginning with Gilead and ending with Jack, all the while showing us the rich complexity of the Midwest.

Can I do the same? Bring a place to life through a close look at a handful of people? I’ve begun writing about the Between Tides character Maud. She’s haunted by a boy ghost, the 10-year-old son of Theodosia Burr Alston who comes searching for his mother after she disappears off the Outer Banks. More lost children! But most people want to know what happens to Gilly, so who knows, my plans may change.

A: The thing I’m most proud of writing besides Between Tides is the book-length application to the U.S. Department of the Interior which won ownership of the Currituck Beach Lighthouse in Corolla, N.C., for the nonprofit Outer Banks Conservationists, which had spent decades restoring the lighthouse and keepers’ quarters with private funds.

That my novel was published by another fine nonprofit, Dzanc Books, seems somehow fitting. What good work they both do.