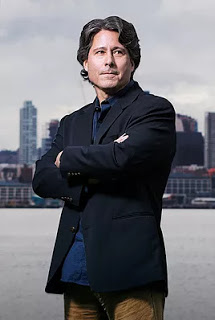 Robert Dugoni is the author of the new novel The Last Agent, the second in his series featuring former spy Charles Jenkins, following The Eighth Sister. His many other books include The Extraordinary Life of Sam Hell.

Q: In The Last Agent, you return to your character Charles Jenkins. Why did you decide to write a sequel to The Eighth Sister, and do you think he's changed at all from one book to the next?

A: Readers. Readers really loved the character. Jenkins is not your typical James Bond or Jason Borne. He’s an old-school boots on the ground CIA officer which in real life is about keeping a low profile and trying to work within the country without being known. He’s married, a father, dealing with the day-to-day chores of being a dad. So people identified with him.

I also knew after book one that Jenkins wasn’t through. I really liked the story and the character. I just needed a worthy reason for him to return to the spy game, something personal that would motivate him.

Charlie is loyal and has integrity. He would do the right thing when faced with a difficult situation. He’s going back less naïve, more on guard, ready to face problems and, to an extent, courting those problems so that he can get information and do what needs to be done. 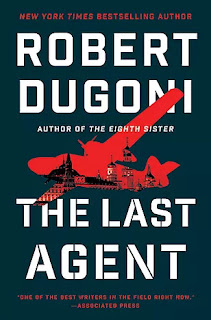 Q: How did you come up with the plot for this new novel?

I realized after rereading The Eighth Sister that I had left an ambiguity I could exploit to have maximum dramatic impact. From there it was putting together an escape book. How do I get someone out of a high security prison and then out of the country.

These books are a lot of fun to write because they are chase books, so I get to call on friends that have expertise in scuba diving, flying, and all sorts of interesting professions and hobbies.

Q: You're very prolific—do you work on more than one book at a time?

A: In a sense. Because of the nature of production schedules I’m often copy editing a manuscript while working with an editor on a developmental edit on a second novel, while researching a third novel, be it another Tracy Crosswhite story, Charles Jenkins story or standalone. I work eight hours a day, five days a week and sometimes on weekends.

I won’t sacrifice quality for volume, however. I take the editing process very seriously and I’m blessed with some great editors who push me to get it right.

Q: Did you learn anything surprising in the course of researching this book?

A: Reading about Russia is always interesting. I had no idea that for centuries St. Petersburg flooded. In the winter Neva Bay freezes. In a winter storm, water from the Gulf of Finland will flow over the frozen bay and flood the city.

It wasn’t until the country put in a massive dam system at the mouth of Neva Bay, a dam that literally swings open and shut, that they’ve been able to control the flooding. Much of this work was done because Vladimir Putin is from St. Petersburg. It also makes for a great setup to a scene on snowmobiles!

A: The eighth Tracy Crosswhite novel, In Her Tracks, is coming out April 2021, along with a second literary novel, a coming-of-age story for young men called The World Played Chess, which is out September 2021. In the interim I’m researching the third Charles Jenkins novel, tentatively entitled The Silent Sister.

A: Look for news and hopefully the announcement of The Extraordinary Life of Sam Hell, and The Eighth Sister and The Last Agent coming to television, or to the big screen. Contracts are being finalized.