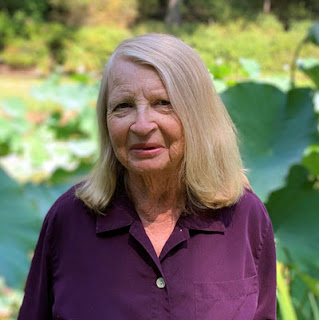 Anne H. Oman is the author of the new novel Mango Rains. She is a journalist and former Foreign Service officer.

Q: How did you come up with the idea for Mango Rains, and for your character Julia?

A: When I was in Cambodia in 1963 -- I arrived in March and left in late December -- I decided that if I ever wrote a novel I would set it in this time and place.

A small expat community in an obscure backwater country is like a small town, or an ocean liner, or a hotel during an avalanche. People know each other, and their interactions tend to reverberate. It's sort of like a pressure cooker with a tight lid.

And though it was a closed community, it was affected by outside events -- the war next door, the deaths of Diem and Kennedy. And those events stirred the pot. 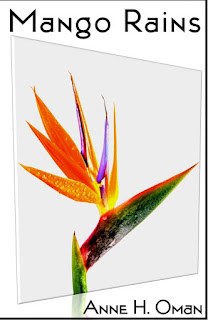 My favorite work of fiction is Lawrence Durrell's Alexandria Quartet. He used an unnamed narrator to portray the city through the lives of several characters. I used Julia. I wanted readers to see the place and the story through the eyes of someone who was bright and empathetic, but without preconceived ideas. Hence, Julia. She is not me, though I used many of my own experiences liberally mixed with imagination.

Please note that I am not equating Mango Rains with the Alexandria Quartet.

Q: The first half of the book focuses on Julia, while the second half focuses on various other characters. How did you choose the book's structure?

A: The book's structure changed during the writing process. Unlike Julia, I didn't keep a journal but I did write down some random thoughts and impressions when I was in Cambodia and thereafter. I found some when I actually started writing many years later.

I first wrote the first half in the first person, as a journal but I found that too limiting. So I used the diary as a sort of boneyard and pulled material from it. I rewrote it in the third person but interspersed each chapter with a long entry from Julia's journal.

At the Key West Writer's Workshop in 2007, Tim Seldes, a literary agent who reviewed the manuscript, told me the excerpts broke up the rhythm of the story and advised me just to use them as short chapter headings, which I did.

The revised first half of Mango Rains was a runner-up in the Miami University Novella contest in 2007, which was encouraging. However, no agents or publishers seemed to be interested. I wrote the second half partly to make it more commercially attractive. But also because I wanted to find out what happened to the characters. I had no preconceived ideas; I just turned them loose.

I continued using excerpts from Julia's journal as chapter headings to give it some cohesion.

Readers should understand that this is a work of fiction. People at Foreign Service posts tend to tell a lot of stories to newly arrived personnel, usually to show that "things were better/worse/more interesting/more dangerous" before you arrived.

I heard a lot of stories that I didn't know were true, such as the story of the boy killed by the cyclo drivers. Since I was writing fiction, I used it. The end notes were a direct imitation of the end papers in the Alexandria Quartet. They were random bits of color I couldn't quite fit in the narrative.

Q: The Kirkus Review of the book calls it "An engaging, disturbing tale of love, loss, and human frailties set against cross-cultural conflicts." What do you think of that description?

A: I am grateful for the Kirkus review, which was thoughtful and perceptive. They also said it had a "rather melancholy ending." I didn't want to write a "chick book," where everyone lives happily ever after.

If the book has a theme it is probably expressed in the part where the characters listen to Handel's Messiah and Julia writes in her journal, "Where for us is the sound of trumpets.......? Most of us will simply muddle through, grab what happiness we can, and move on."

In the next chapter, as she leaves Cambodia, she realizes that "all the joys and sorrows of her time here would be hers forever." Or, as Rick told Elsa in Casablanca, "We'll always have Paris."

A: Mango Rains is a novel, not a political White Paper, but I hope readers with come away with a sense of the ambiguities of Asia, where things are not always what they seem. Graham Greene conveyed this idea a lot better than I did. It's important to try to understand a culture before just barging in and demanding that people do things our way.

In Greek plays, hubris leads to tragic events. We are guilty of the same hubris if we assume everyone, everywhere has our values.

I also hope that people will understand that the men and women of the Foreign Service work hard under difficult and dangerous circumstances and deserve our respect and support.

A: I am not working on another novel. I believe that unless you have a compelling idea for one, you shouldn't write one. If I do get a compelling idea, I may try it. But I just turned 80, and this novel had a long gestation period. The math is not if my favor. I write for a small paper in Florida, which I will continue to do.