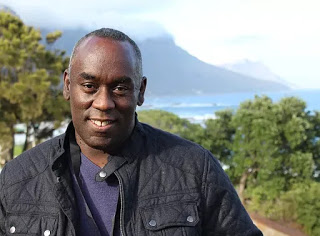 Alex Wheatle is the author of the new young adult historical novel Cane Warriors. His other books include Home Girl and Brixton Rock. He lives in London.

Q: Why did you decide to focus on Tacky's War, which occurred in 1760 in Jamaica, in your new novel?

A: Tacky’s legendary war in 1760 first caught my attention when my mother referenced it in a conversation I had with her. My mother grew up in Richmond, St. Mary, which is adjacent to the Trinity and Frontier plantations where the revolt took place. 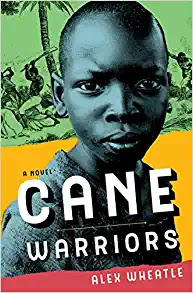 Q: What did you see as the right blend between the history and your own fictional interpretation as you wrote the book?

A: There are no solid facts about Tacky’s War, but we have to remember that the story of any battle is told by the victors. I had to take what historical accuracies I could find and build a narrative around that.

Q: You write, "Pride flows through me in the still of the night when I consider the possibility of being a descendant of one of Tacky's mighty cane warriors." How did you research the book, and did you learn anything about your own family history?

A: I guess any Jamaican can feel proud of the many battles our ancestors fought. So often we’re told that we were passive but resistance and uprisings took place in Jamaica during the colonial period on a regular basis. In Cane Warriors, I only wanted to pay homage to that heroism and strength of spirit that kept my ancestors fighting.

A: I hope people take away the power of our ancestors’ spirit and the determination they had to fight against slavery until the very end. They willingly placed their lives on the line and their narrative has to be heard. There are too many establishment politicians writing about Wilberforce and shining their light on British abolitionists but the truth was our ancestors had to fight for their freedom.

A: I’m working on another Caribbean historical narrative that features a female slave at the time of Captain Henry Morgan and his sacking of Panama.

A: The music of Bob Marley, Burning Spear, The Twinkle Brothers, Gregory Isaacs, and many other reggae musicians helped inspire me to write Cane Warriors.