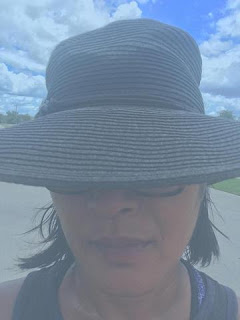 Nandini Bhattacharya is the author of the new novel Love's Garden. Her work has appeared in a variety of publications, including Meat for Tea: The Valley Review. Born and raised in India, she has lived in the United States for 30 years.

Q: How did you come up with the idea for Love's Garden?

A: When I began writing Love's Garden almost 15 years ago -- and of course put it aside many, many times -- I was undergoing a process of what I would call an archaeology of myself. Maybe in less pretentious terms, you could say I was having a mid-life crisis, I suppose! I went to see a therapist then, and that led me back into the forgotten or dim past, both my own and my clan's.

As I was looking for answers to my own puzzles, sifting through my own personal history for clues to myself, I started remembering old family stories, almost fables, one might say. Many of them involved women I'd never met: foremothers long faded into the annals of family history but somehow brilliantly, unforgettably alive in my memory because of what they'd done and said.

I began seriously drafting Love's Garden then in an attempt to invoke those powerful voices and figures and invite them into my felt reality, into my current experience, almost as soothsayers or guides. And that's how stories grew out of stories, and remembering my foremothers became writing a --partly imagined -- history of them.

Q: The book takes place over more than 50 years. Did you need to do much research to recreate the various time periods, and if so, did you learn anything that especially surprised you? 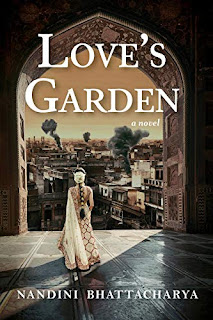 A: Absolutely. Research was what saved Love's Garden from delegation to a drawer in my desk forever. I was having trouble with the plot for a long time, especially because of the chronological span, as you say, of over 50 years. And my archeology of the self was considerably interfering with an objective realization of characters, settings, and, therefore, a plot.

But at some point I decided I had to leave my own fables behind for a while and look into the history of the city of Calcutta (now Kolkata) in which most of Love's Garden's story takes place, especially during the Second World War. Some of my own family members had been suppliers, contractors and builders for the British during and around wartime, and not necessarily always very nobly.

Once I began researching that time and place I learned about one particular British Royal Air Force pilot named Maurice Pring who played a central role in defending Calcutta from Japanese bombing and became a beloved figure in the city despite being one of the master race.

This provided me a character in Love's Garden around whom the histories of several women in the story could be built, and in a way that suggested what a dramatic, heady, and complicated time that was when forbidden love, strange political alliances, and cross-race liaisons were more possible than ever before or after that time.

I also came across stories about soldiers of the so-named "Forgotten Army" in the "China-Burma" or Eastern Theatre of World War II, who bravely resisted Japanese aggression without enough support then and later without much attention from historians of the war. One of my characters was born of accounts of the ordeals of that army in Burma.

War always upturns lives of course, but the unprecedented cross-pollination of desires and duties in a British colony where anticolonial nationalism was clashing with antifascist feelings exacerbated the unrest of the already turbulent Quit India movement.

I learned from all this research that history is a multilayered and multi-veined tangle of public and private, structure and events. My research on wartime India and Calcutta not only taught me this but also revealed the extent of cosmopolitan and transnational mingling between men and women of many races, nationalities, colors, and classes, during that time, that is often erased by the dominant mythos of nationalism.

A: I absolutely didn't know how it would end. As I said above, it was the combination of feelings, self-analysis, memory and historical research that finally produced a plot. Plotting it along the course of history and major historical events was how my story gained coherence. Beyond that, also, the more I wrote the more inventions seemed possible.

To write the story of what is or is not fair in love and war, I had to make many detours away from the other dominant motor of my storytelling: my discovery of my own foremothers. It took time. A novel like Love's Garden probably can't be written in a few years.

A: Above all else, I hope they take away the message of women's natural resilience and courage, and the idea of matrilineage (formal or informal). Without the example and guidance of foremothers and female elders, women's lives would probably be less bearable than they already are for some.

In Love's Garden, which begins in 1898 with the story of particularly sordid mistreatment and upending of the life of a fierce young Indian woman who wouldn't have understood the word or maybe even the concept of feminism, we have the story of a woman warrior who stood up to patriarchal abuse even at the cost of ultimately being driven mad.

And in the story of her daughter, we see a woman who recognizes the limits of her marriage and husband, joins forces with her husband's cast-off white mistress, and cares for their son as her own. These are stories of friendship and love between women across many man-made divisions that it would be dangerous to forget or not imagine.

The other thing I want readers to take away is the idea that in the end we have always been global citizens and that love doesn't respect boundaries of caste, class, race, and nationality, and never has.

A: I'm now working on my second novel -- this one a very different setting -- about a young Indian widow in in the U.S. forced to face her internalized racism and that of her community when her husband's unexplained disappearance and presumed death test her Indian-American or “Desi” community's loyalty.

Ejected overnight from diasporic “model minority” privilege and colorism as she begins her descent into the hell known as illegal immigrant status in the United States, she finds a new identity in unexpected kinship with a bisexual African-American man as well as immigrants facing deportation in Trump's America.

As the story progresses, it also reveals itself as one about the systemic dehumanization experienced by India’s Untouchables or “Dalits,” which mirrors that of people of color in America. Recently, Pulitzer prize winner Isabel Wilkerson has written eloquently and penetratingly about the fact that race in America is perhaps better described as “caste,” the system of oppression that keeps minorities downtrodden in India.

Homeland Blues dramatizes this insight. Ultimately, it’s about multi-tentacled hatred and fear surrounding gender and racial traumas, but also about the love we must find to empathize with the stranger we’ve always been taught to fear.

A: I'm grateful to the many accomplished writers who took me up as an emerging writer and gave me their unstinted support and encouragement, among them Chitra Banerjee Divakaruni, Indira Ganesan, Kristina Darling, Ridge Cresswell, Treena Thibodeau, Rita Banerjee, Patricia Murphy, Diana Norma Szokolyai, Kathleen Spivack, Nivea Castro, Hernan Diaz, Tiphany Yanique, Tori Reynolds, Angela Ajayi, Danton Remoto, and many many others at the Bread Loaf Writers Workshop, the VONA Workshop, and the Vermont Studio Center.

Writing without a community was painful, and I feel fortunate now to have one.

I'd also appreciate it very much if readers would support my own effort at transnational community-building by visiting and leaving feedback at my blog, https://oneplanetonlyone.com/. I'm also looking for guest bloggers.