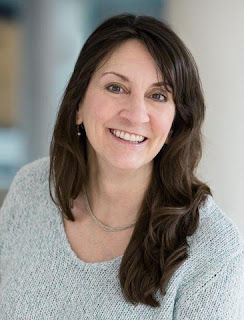 Regina Buttner is the author of the new novel Absolution. She lives in Southwest Florida.

Q: How did you come up with the idea for Absolution, and for your character Jeanie?

A: Many years ago, I suffered tremendous upheaval in my personal life—my marriage was imploding, I had no close friends or family in the town where I’d been living for only six months, and my father had been diagnosed with cancer. In a moment of despair, I thought: “If I can get through this, maybe I’ll write a book one day.”

Thus, Jeanie was born—the eager-to-please young wife and mother whose seemingly perfect marriage is concealing a desperate need to make amends for a sordid secret in her past.

Q: In an interview with 2020debuts.com, you said,” ‘Absolution' refers to her belief that devoting herself to marriage and motherhood, just as her own mother did, will somehow absolve her from the 'sins' in her past." Can you say more about how you chose the title, and what role you see religion playing in the novel? 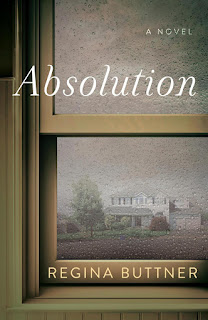 A: Like Jeanie, I was raised in an old-school Catholic family. We went to Mass every Sunday and I received all the sacraments from Baptism to Confirmation. I was terrified the first time I had to enter the dark confessional booth, confess my childish sins to the priest, and receive the blessing of absolution.

My novel is about Jeanie’s journey toward absolution as an adult. She’s been carrying a crushing burden of guilt for years, in the mistaken belief that she was somehow responsible for the sexual assault she suffered back in college.

A: I went to high school in the ‘80s, when career paths other than the holy trinity of nurse/secretary/teacher were starting to open for women. I was the first woman in my family to earn a college degree (ironically in nursing!).

I had always wanted to be a “career girl” but after I married, I found myself drawn to the essential and rewarding role of the stay-at-home mother, just as my own mom was. I felt I had been born between generations: one foot in the world of the baby boomers, the other scrambling for a toehold in the world of the modern working mother. The storyline in Absolution draws from my experience as America entered the new millennium.

Q: How would you describe the relationship between Jeanie and Greg?

A: In a word—fraught! Greg married Jeanie to spite his controlling mother, and Jeanie married Greg to make amends for the sins in her past. Neither is aware of the other’s motivation for entering into the marriage, so their hidden agendas are on a collision course.

A: A creepy love triangle with a supernatural twist—tarot cards and a medium are involved, and one of the characters (a woman scorned!) is bats**t crazy. It is set in upstate New York at the edge of the Adirondack Mountains, which is one of my favorite places in the world.

A: I recently moved to the coast of Southwest Florida. With its beautiful waterways and profusion of tropical flowers, it is fast becoming my new favorite place!