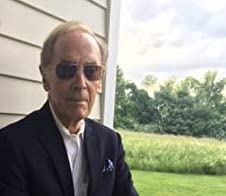 Alan Shayne is the author of the new memoir The Rain May Pass. He also has written the memoir Double Life: Portrait of a Gay Marriage from Broadway to Hollywood. He is the former president of Warner Bros. Television, and a former actor and casting director.

Q: Why did you decide to write this new coming-of-age memoir?

A: It is a part of my life that was responsible for the man I became. I always wanted to write about it and made many attempts. It seemed to me to be a good story with a beginning, middle and end so I always thought of it as a novel.

But when I wrote the novel version, I realized that everything about it was true except I had changed the names of the people. I was afraid I was hiding and I wanted it to be totally honest.

I hoped the book could be of use to young people who were struggling with their own  “coming of age” and “coming out” and affect their parents and friends as well. I also hoped it would be a good story for anyone to read so I took the plunge and turned it into a memoir. It gave me the freedom to go back to when I was 15 and 16 and somehow remember every detail that I then wrote down. 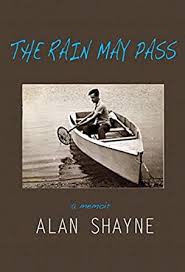 A: I wanted to be an actor and when I was 16, I read an ad in the paper for actors at a summer theater. I secretly applied and was granted an interview. My parents were horrified  and refused to let me go but after days of pleading, my mother agreed to drive me to Rockport for the appointment.

It was a stormy day with heavy rain. The theater was a mess (it was still out of season) and my mother stayed in the car while I talked with a nice but flamboyant woman. World War II had begun and men were all going into the service. I tried to act older because I figured I would have to play character parts as well.

The woman insisted on going out to say hello to my mother when it was time for me to leave. She grabbed a huge beach umbrella and we walked to the car in the pouring rain. Once I was in the car, she reached through my open window and grabbed my arm and said, “The rain may pass.”

It seemed to me to mean there was a chance I would be hired. It wasn’t definite. It wasn’t “the rain will pass” but it was a possibility. I always remembered that moment and it said to me that what you wanted was possible to attain but you had to work hard to get it.

Q: How did the years you describe in the book affect your life going forward?

A: I learned that love between two people existed and it became one of my goals to find it some day and make it last. It gave me a sense of myself for the first time and made it possible for me to grow up, reach out for my dream of being an actor. The two years in the book became the foundation of my life.

A: I hope that they see that all of us are really the same. Our DNAs have made us different but we face the same problems of growing up, plagued by insecurities, sexual doubts, loneliness, and the desire to fit into the world and find ourselves. That is what the book is about. But I hope the reader identifies with their own first love that so many of us have experienced.

A: I learned long ago that to talk of what you are about to do is the surest way of killing it. Writing is inside of you and should only be let out as you sit at your computer or typewriter.

A: I’ve answered seriously to your questions but the book is also funny as is life.